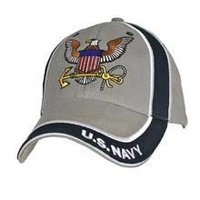 Rick was born March 5, 1949 in Bath the son of Robert and Joan (Sharpe) Parks.  He grew up in Cohocton and graduated from Cohocton Central School in 1967.  Subsequent to high school, Rick served his country in the United States Navy for 10 years, his honorable discharge April 5, 1978.  Rick was employed at the Canandaigua Veterans Administration for over 25 years, specializing in refrigeration and air conditioning.  Upon retirement Rick worked with the Wayland Village Police Department.

Rick was pre-deceased by his parents, Robert and Joan Parks; an infant brother Robert; a brother-in-law, William Kramer; and his father and mother in law, Howard and Dorothy Kramer. Rick is survived by his loving wife, Mary Jane Parks of Wayland; his sons, Bradley (Bonnie) Parks of Austin, TX, Bill (Tammy) Burke of Wayland, Terry (Jennifer) Burke of Springwater; his grandchildren, Zac, Sydney, Madison, Joe, Collin, Kelsey, Emily and Hannah; his siblings, Mike (Donna) Parks of Wayland, Dan (Michele) Parks of Avoca, Ellen Parks Schumacher (Kevin McKenna) of Wayland; his sister and brother in law, Barb (Bill) Marr of E. Rochester; along with many nieces and nephews.

Rick’s family and friends may call Sunday from 1-4 pm at the St. George-Stanton Funeral Home, 109 West Naples St., Wayland.  A family prayer service will be offered at 10:15 Monday at the funeral home.  A Mass of Christian Burial will be celebrated for Rick at 11am Monday at St. Joseph’s Church in Wayland.  Committal prayers, military honors and interment will take place at the Bath National Cemetery at a later date.  Contributions in memory of Rick Parks may be made to the Vincent House, 310 Second Ave., Wayland, NY 14572.