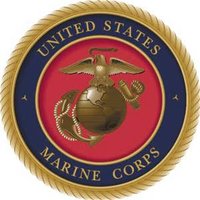 Springwater – Michael V. Szymanski, 78 years of age, passed away, Thursday August 12, 2021 at the Bath Veterans Administration Healthcare Facility. Mike was born February 14th, 1943 in Grand Rapids, MI the son of Michael and Sophie (Wasielewski) Szymanski. As a young child, Mike and his family lived in different areas that included Alaska, Florida, Conesus and in the third grade, settled in Springwater where he has resided ever since. Michael and Gertrude “Trudy” (Stocking) were married April 24th, 1965 at the Springwater United Methodist Church and together have celebrated 56 years of marriage. Mike served his country for two tours in the United States Marine Corps during the Vietnam War from 1961 until his honorable discharge as a Staff Sergeant in 1968. His employment career was mostly spent at the Gunlocke Company in Wayland. Mike retired from Gunlocke in 2004 as a member of the management team after 31 years. Mike’s hobbies were many as he enjoyed volunteering locally and his sense of civic duty was strong. He was the director of the Vince Lombardi Youth Football program for several years; the coach of the Gunlocke Little League team; a member of the Springwater Fire and Ambulance companies; a school board member; member of the Springwater American Legion; and a very active member of the Springwater Church of the Nazarene. He enjoyed reading, canoeing, spending time outdoors, especially cutting wood for most of his life. Mike was also an avid Buffalo Bills fan! Mike was pre-deceased by his parents, Michael and Sophie Szymanski-Cole; his step-father, Tim Cole. He is survived by his wife, Trudy Szymanski of Springwater; his children, Lynné Szymanski of Pittsburgh, PA, Michael (Jo) Szymanski of Honeoye, Mark (Elly) Szymanski of Annandale, VA, Jennifer (Jamin) Szymanski Mashaw of Saratoga Springs; his grandchildren, Ashlee (Lynn) Camp of Attica, Brandon Schrier of Pittsburgh, PA, Michael A. Szymanski II of Honeoye, Maeve and Vera Mashaw of Saratoga Springs, and Sydney and Zeke Szymanski; his great-grandchildren, Weston, Quinn and Sophie; his siblings, Richard (Chris) Szymanski of Liverpool, David (Bonnie) Szymanski of Olive Branch, MS, Susan (Stephen) Liguori of Darien, CT; his brothers and sisters-in law, Elaine (John) Scala of Springwater, Donna Stocking (Roger Whitman) of Caledonia; along with several nieces and nephews. Mike’s funeral service will be Saturday October 23, 2021. There will be calling hours at 10am followed by his funeral service. Both calling hours and service will be at the Springwater Church of the Nazarene, Springwater, NY. Committal prayers, military honors and interment will take place immediately following at Erwin Cemetery. Memorial contributions in Michael V. Szymanski’s memory may be made to the Vincent House, 310 Second Ave., Wayland, NY 14572.