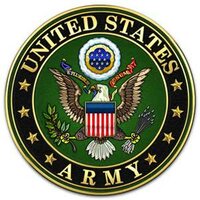 Springwater – Mary E. Coates, 59 years of age, passed away Thursday January 6, 2022 at Highland Hospital in Rochester. Mary was born November 1, 1962 in Geneva, NY the daughter of Robert and Mary (Maher) Keebler. She grew up in Waterloo and graduated from Waterloo Central School. Throughout the years, Mary also resided in Seneca Falls, Canandaigua, Alabama and finally she moved to Springwater a few years ago. Mary served her country in the United States Army as a Combat Medic. She was part of one of the first test cycles for women to be integrated with men in combat. Stationed with the 97th General in Germany, as a combat medic, Mary was an integral part of the efforts after the 1983 bombing of buildings in Beirut, Lebanon which housed American and French service members of the Multinational Force in Lebanon, a military peacekeeping operation during the Lebanese Civil War. Subsequent to her honorable discharge, Mary continued with healthcare as she worked at Geneva General Hospital and as a home health aide until her disability would not allow her to continue. Mary’s hobbies were many! She enjoyed hunting; fishing; watching NASCAR races; dirt track racing; Harley Davidson’s; camping; painting pictures and other crafts. She loved getting her nails done and going on different driving adventures. Just recently her and her family spent a vacation at Disney Land in Florida ~ which she loved. Mary was pre-deceased by her mother, Mary Keebler; her brother Bob Keebler; and her first service dog, Haley. She is survived by her husband, David Coates of Springwater; her son Robert Steen of Romulus; her step-daughter Cheyanne Mickle of WA; her father, Robert Keebler; her grandchildren, Gracie, Dakota, Rose, Phillip and Lorna; family friend, Eric Jordan of Springville, NY; her siblings and their spouses; several nieces and nephews; and especially her service dog, Lexie; and beloved dog, Louie. Mary’s family and friends may call Wednesday January 12, 2022 from 1-4pm at St. George-Forsythe Funeral Home, 109 West Naples St., Wayland. Mary’s funeral service will take place at the conclusion of calling hours at 4pm at the funeral home. Military honors will take place at the funeral home. Contributions in memory of Mary E. Coates may be made to the Women’s PTSD Support Group, Batavia Veterans Administration, 222 Richmond Ave, Batavia, NY 14020