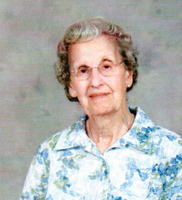 Wayland – Vera M. Gardner, 97 years of age, passed away late Tuesday afternoon at Elderwood of Hornell. Vera was born September 26, 1925 in Springwater the daughter of Harold and Irene (Gessner) Carney. She grew up in Wayland and has remained a life resident of the area until just recently as her health began to decline. Vera and Maurice “Skeez” Gardner were married June 23, 1945 at St. Joseph’s Church in Wayland and celebrated 65 years of marriage prior to him passing away in July of 2010. Vera was employed as a custodian at Wayland Central School for many years, retiring in 1988. Her hobbies were many! Vera enjoyed all kinds of crafts including knitting and sewing; picked grapes every fall; worked in her flower and rhubarb gardens; baking and playing cards. Vera loved her family and especially spending time with her grandchildren. Vera was pre-deceased by her parents, Harold and Irene Carney; her husband Maurice “Skeez” Gardner; her siblings, Sandra McCabe, Robert Carney, Elizabeth Furfure, Jean Robinson and Richard Carney. She is survived by her children, Elizabeth “Betty” (Jim) Dugo of Wayland, Marsha (David) Wallace of Wayland and Maurice (Bebe) Gardner of Henderson, NV; her grandchildren, Amy Bouck of Wayland, Michael Wallace of Wayland, Kristina (Seth) Newfang of Springfield, VA, Adam Gardner of Henderson, NV and Amy (Angelo) Semogan of Henderson,Nevada; her great-grandchildren, Hayley, Storm, Noah, Levi and Anna; her siblings, Jerry (Barb) Carney of Springwater, Don Carney of Hanes City, FL and Kay (Terry) Moore of Albion; along with many nieces and nephews. Vera’s funeral service will be held during the summer of 2023 and will be announced at that time. Contributions in memory of Vera M. Gardner may be made to the Vincent House, 310 Second Ave., Wayland, NY 14572.