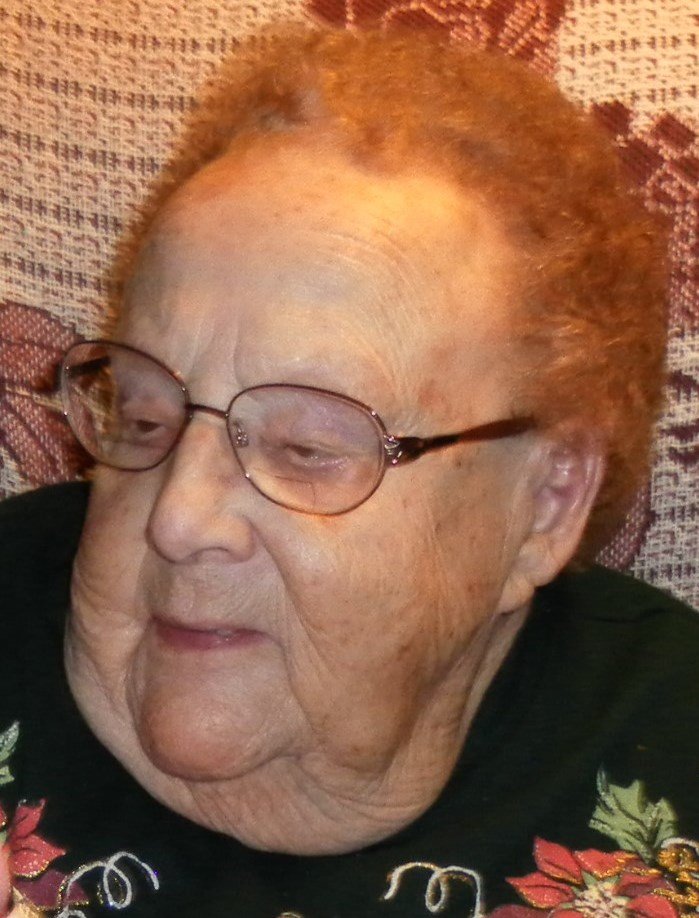 Hazel was born March 8, 1924 in Cohocton the daughter of Albert and Minerva (Herbert) Sauerbier.  She grew up in Cohocton and has remained a life resident.  Hazel and Erwin “Mike” Mehlenbacher were married May 31, 1942 and together celebrated 46 years of marriage prior to Erwin passing away August 7, 1988.  Hazel’s employment career was extensive as she was a hard worker at several different jobs throughout the years.  Those jobs included: bookkeeper at Charles Chip Co.; a waitress at the Redwood Diner; Kelly Brothers Nursery; Richcraft Motel; the Gunlocke Co. and retiring in 1987 after 20 years at the Cohocton Post Office.  Hazel also enjoyed volunteering at the Bath Veterans Administration.   Hazel’s hobbies were many as she enjoyed tending to her flower gardens; reading; filling out crossword puzzles; attending concerts, (especially Ray Charles, Elton John, Gordon Lightfoot and Jesus Christ Superstar).  Hazel was a communicant of St. Pius Catholic Church and the Cohocton Legion Ladies Auxiliary.  She enjoyed family gatherings with the most recent being her 95th birthday party in March.

Hazel’s immediate family would like to thank all the care givers for the wonderful care and love they gave to her over the past few years.  Hazel was immensely proud of her family and leaves behind nothing but beautiful memories.

Hazel’s family and friends are invited to attend her Mass of Catholic Burial on Wednesday at 11am at St. Pius Church in Cohocton.  Committal prayers and interment will take place immediately following at Old St. Pius Cemetery.  Contributions in memory of Hazel M. Mehlenbacher may be made to the Cohocton Valley Ambulance Service, PO Box 262, Cohocton, NY 14826.

Share Your Memory of
Hazel
Upload Your Memory View All Memories
Be the first to upload a memory!
Share A Memory
Send Flowers