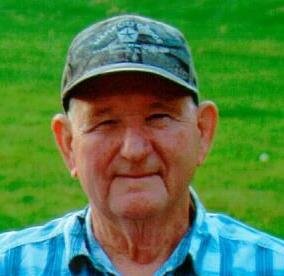 Tom was born October 6, 1942 in East Liverpool, OH, the son of Harry and Esther (Pearson) Malone.  He grew up in the Lisbon, OH area and moved to Wayland in 1969 and has remained there ever since.  Tom was a mechanic for the Wayland Central School District for several years and then was employed at Seneca Foods in Mt. Morris for over 20 years as a mechanic.  He retired from there in 2001.

Tom and Naomi Detrick were married September 1, 1973 in Wayland and have celebrated over 45 years together.  His hobbies were many as he enjoyed hunting, (both big and small game), and fishing, which included bringing back a snapping turtle or two for turtle soup.  Tom took great pleasure in tinkering around with different things, fixing tractors and cars, and Naomi affectionately recalls he was a “collector of stuff!”  He also enjoyed watching western movies and tv shows and recently watched an episode of Gunsmoke he had never seen!

Tom’s family and friends may call from 1-2pm Tuesday at the St. George-Forsythe Funeral Home, 109 West Naples St. Wayland.  His funeral service will be immediately following at 2pm at the funeral home.  Committal prayers and interment will take place immediately following at Lakeside Cemetery in Wayland.  Contributions in memory of Thomas R. Malone may be made to the Vincent House, 310 Second Ave., Wayland, NY 14572.