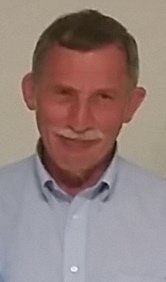 Atlanta – Ronald R. Wallace, 67 years of age, passed away Tuesday September 10, 2019 close to his home in Atlanta.  Ronnie was born in Canandaigua, August 4, 1952, the son of Robert and Elsie (Warner) Wallace.  He grew up in and has remained a life resident of the Atlanta area.

Ronnie was a graduate of Wayland Central School, Alfred State College and Rochester Institute of Technology, earning a Bachelor’s Degree in Accounting.  Throughout the years he was employed as an accountant at the Gunlocke Company, Rochester Telephone, Bausch and Lomb and he operated an accounting business in his home.  As a young man Ronnie earned his Eagle Scout Badge and traveled to the Philmont Scout Ranch; a ranch in New Mexico owned and operated by the Boy Scouts of America.  He enjoyed everything about potato season (from planting to harvest) on the family farms.  Ronnie was a master at making applesauce, macaroni salad and “crunch” party mix.  He enjoyed conversing with family and friends on the phone sometimes for long periods of time.  However, Ronnie mostly enjoyed spending time with his family, especially his niece, nephews and their young families!  Family gatherings and playing cards will never be the same.

Ronnie’s funeral service will be private and at the convenience of his family.  Interment and committal prayers will be at Clearview Cemetery.  A celebration of Ronnie’s life will take place next August sometime around his birthday!  Donations may be given to children’s charities or organizations of your choice.

To send flowers to the family of Ronald Wallace, please visit Tribute Store

Share Your Memory of
Ronald
Upload Your Memory View All Memories
Be the first to upload a memory!
Share A Memory
Send Flowers