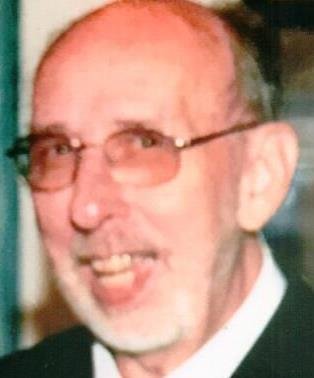 Springwater – Emil F. Hosenfeld, 91 years of age, passed away Monday morning, October 7, 2019 at his daughter’s home in Rochester.  Emil was born August 29, 1928 in Rochester, the son of Emil A. and Catherine (Resch) Hosenfeld.

Emil grew up in Rochester and was a 1946 graduate of Aquinas High School.  He also attended New York University.  Emil served his country in the United States Army during the Korean Conflict and was honorably discharged in March of 1953.  Emil and Betty Amato (Galton) were married December 31, 1973 and together celebrated over 44 years of marriage prior to Betty passing away in December of 2018.

Emil was self-employed as a wood worker and antique dealer.  Hosenfeld Products was his business name and he also owned and operated a Flea Market and the Four Corners Shop in Springwater.  Emil was a community oriented person as evidenced by his participation in different organizations.  He was a volunteer fireman; ambulance company member; town councilman; assessor; water superintendent; and a member of the Springwater American Legion.   His hobbies were many as well as he  enjoyed music, especially playing piano and writing; crossword puzzles and watching Jeopardy and Wheel of Fortune.  Emil loved woodworking and wheeling and dealing whenever possible.  He enjoyed being around family, friends, having fun and making people laugh!  He will be dearly missed by his family and friends!

Emil was pre-deceased by his parents, Emil A. and Catherine Hosenfeld; his wife of over 44 years, Betty Hosenfeld; his brother, Carl Hosenfeld; and two sisters, Jean Farmen and Dorothy Curran.  He is survived by his children, William (Bonnie) Galton of Wayland and Tiffany (Matthew) Marialke of Rochester; his grandchildren, Billie Jo (Greg) Mullen, Barbra (Matthew) Johnson, Beriah (Ashleigh) Galton, and Lillian, Jacob and Hannah Marialke; his great grandchildren, Zach, Brett, Madison, Makayla, Savannah, Lakota, Grayson, Jordan and Logan; and his great-great granddaughter, Ireland; his sister Flora Hosenfeld of Rochester; along with several nieces and nephews.

Share Your Memory of
Emil
Upload Your Memory View All Memories
Be the first to upload a memory!
Share A Memory
Send Flowers
Plant a Tree