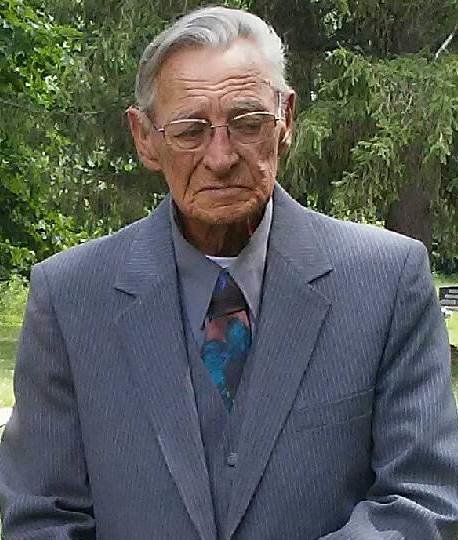 Bill, the son of Gilbert and Anne (Wescott) Malone, was born August 26, 1938 in Rochester, NY.  He grew up in the Allens Hill / Honeoye area and then moved to Springwater for many years of his life.  In the early 2000’s Bill and his wife built a home in Wayland and has resided there ever since.  Bill was a mechanical insulator and a member of Local #26 in Rochester.  Over the years he was also a property manager of several apartment units in the area.

Bill and Jean Platt were married June 13, 1959 and together celebrated over 58 years of marriage prior to Jean passing away in June of 2017.  Bill was a member of the Springwater Church of the Nazarene for the past 26 years and had a strong faith.  His hobbies were many.  He loved music as he was a self-taught musician of several instruments that included the guitar, violin, keyboard, and clarinet.  Bill was very artistic as he made some of the first silhouette art in the area.  He enjoyed fishing, camping, daily yard sales and especially visiting his family and friends!

Bill’s family and friends may call Friday, December 13, 2019 from 4-7 pm at the St. George-Forsythe Funeral Home, 109 West Naples St., Wayland.  Bill’s funeral service will be Saturday, December 14, 2019 at 2 pm at the Springwater Church of the Nazarene in Springwater.  Committal prayers and interment will take place immediately following at the Wayland Village Cemetery.

Contributions in memory of William E. Malone may be made to the Springwater Church of the Nazarene, 8498 Indian Valley Rd., Springwater, NY 14560 or to Livingston County Hospice, 2 Murray Hill Dr., Mt. Morris, NY 14510.