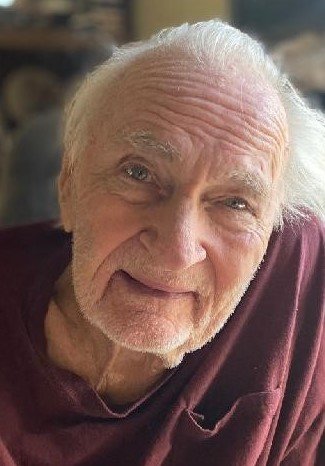 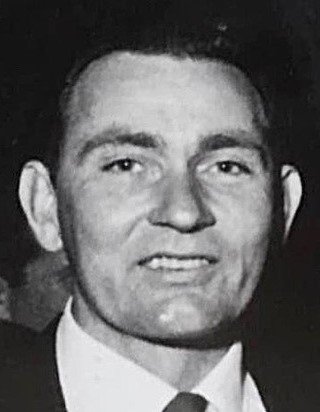 Please share a memory of Robert to include in a keepsake book for family and friends.
View Tribute Book
Robert “Bob” Miller passed away peacefully in his home on Sunday, May 24, 2020 at the age of 90. The youngest of six children, and the only son, he took over his father’s fledgling horse and tractor business when he was just 21 years old. His brother-in-law Fred Hagerman joined him in the venture. The same year, he married the love of his life, Alverna Ward, and moved up the street to live, just a stone’s throw from the Robert Miller Company. Life became increasingly difficult for Bob as he was already an alcoholic and became very dependent on alcohol. When he was 33 years old, he took his last drink, attended AA and turned his attention to his business, his family and race horses, eventually owning a few of Vernon Down’s record-breaking Standardbreds. He and Alverna built the Robert Miller Co. over the next forty years, joyfully servicing many of the farmers within a forty-mile radius. He sold the company in 1991 and became a collector of fine glass, antique lamps, and Shaker furniture. Later, he and Alverna created The Beehive, a consignment shop where many antique collectors displayed and sold their antiques to the general public. After the Beehive closed, he continued to broker valuable antique lamps for the next twenty years. A confirmed atheist until the age of 52, Bob came to know Christ personally on June 19, 1981.That day, he gave his life to Jesus Christ and never looked back. A few years later, he and Alverna and two other couples from the area established the Cohocton Assembly of God, where he worshiped until the day the Lord took him home to his eternal reward. One of his favorite past times was talking about the Bible and his savior Jesus to whoever would climb in his truck, which he called “his office”. His mother and father, Annette and Garfield Miller and five sisters: Anna, Dorothy, Alice, Martha, and Polly predecease him as well as one grandchild: Francisco “Paquito” Garza and two great-grandchildren, Calsea Foote and Faith Soja. Bob leaves his wife, Alverna, five children, Luanne (Cliff) Domm of N. Cohocton, Robbie of Phelps, Marcia (Ray) Soja of Fairport, Vicki (Francisco “Paco”) Garza of Woodville, NY and Monterrey, MX and George (Laurie) Miller of N. Cohocton; as well as thirteen grandchildren: Bob Domm, Tammy Foote and Michelle Anderson, Stephen, Gregory, Katelyn and Geoffrey Soja, Elisa Kammeyer, Jessica Hallancia, David, John and Daniel Garza and Michael Miller; as well as twenty-six great grandchildren: Meagan Philipson, Brittany Kuka, Raven Foote, Tyler and Ryan Domm, Josephine, Natalie, Hope and Michael Soja, Deacon, Madeline, Elaina, Jadon Hallancia, Jordan, Eden, Leah, Judah, Lauren Kammeyer, Gideon, Makara, Giselle, Evelyn, Rebecca, Anika, Beverly, and Johnny Garza; along with two great-great grandchildren, Ava DeBoo and Kyran Kuka. Contributions in memory of Robert “Bob” Miller may be made to the Cohocton Assembly of God Church, PO Box 92, Cohocton, NY 14826 or to Care First, 3805 Meads Creek Rd., Painted Post, NY 14870 or to the Visiting Nursing Association, 650 Airborne Parkway, Cheektowaga, NY 14225. The family requests that those whose lives have been touched by Bob send a personal note of your memory of Bob to Cohocton Assembly of God to be included in a Memory Book at his Celebration. Be sure to include your name. At this time due to NYS restrictions because of the COVID-19 Pandemic there will be no public calling hours or funeral service. Bob’s immediate family will have a private viewing and a celebration of life will take place later in the year. Interment will be at Clearview Cemetery in N. Cohocton. Bob and his family have been assisted by the St. George-Forsythe Funeral Home, Wayland.