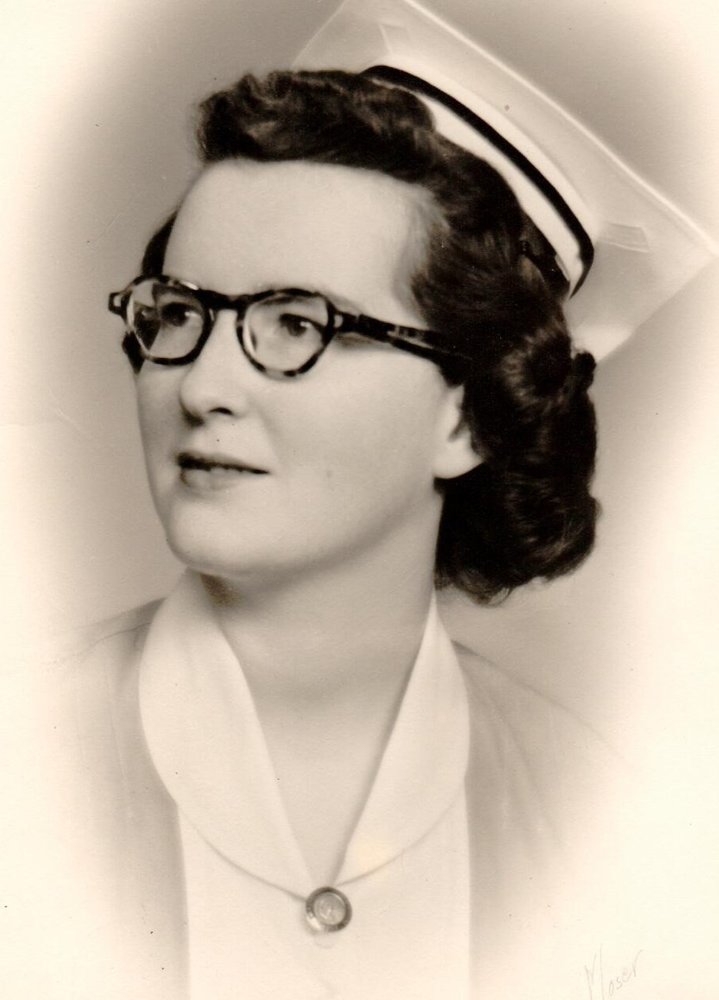 Please share a memory of Ann to include in a keepsake book for family and friends.
View Tribute Book
Cohocton – Syracuse – Ann S. Carey Benedict, 88 years of age, passed away early Monday morning, July 13, 2020 at the home of her daughter Sue Dyckman in Atlanta. Ann was born March 22, 1932 in Skaneateles, NY the daughter of Duane and Leora (Everts) Sheppard. She was a graduate of the University Of Rochester School Of Nursing. Ann was employed for over 36 years at Nicholas H. Noyes Memorial Hospital retiring as the night supervisor. Ann and Richard Carey were married in 1953 and together celebrated over 42 years of marriage prior to Richard passing away in 1995. Her hobbies were many as she was a church educator; Cub Scout Leader; mother of an Eagle Scout; and a volunteer at the Vincent House Comfort Care Facility in Wayland. At her 50th High School reunion, Ann met up with a high school friend, Vern Benedict and were married for 16 years prior to Vern passing away in February of this year. Ann and Vern traveled to Florida for many years; traveled to Australia, Ireland and the Panama Canal. Ann was pre-deceased by her son Peter Carey; her husband Richard Carey and husband Vern Benedict. She is survived by her children, Joseph (Tammy) Carey of Corning, Michael (Judy) Carey of Cohocton, John (Shannon) Carey of Corning, Susan (Joseph) Dyckman of Atlanta, Patrick (Dani) Carey of KY and Robert (Trish) Carey of Wayland; 15 grandchildren; 20 great-grandchildren; her step-children, Jean, Sharon, Tom, Fred, John, Sandy and Mary; 13 step-grandchildren; 17 great-grandchildren; and herhalf-sister, Mary Lou Capone. Ann’s family will attend a private viewing at St. George-Forsythe Funeral Home, 109 West Naples St., Wayland followed by a private Mass of Christian Burial at St. Pius Church in Cohocton. Interment and committal prayers will take place at St. Pius Cemetery in Cohocton. Contributions in memory of Ann Carey Benedict may be made to Bampa’s House, 170 East 1st St, Corning, NY 14830 or to the Vincent House, 310 Second Ave., Wayland, NY 14572.

Private and at the convenience of Ann's family.

Share Your Memory of
Ann
Upload Your Memory View All Memories
Be the first to upload a memory!
Share A Memory
Send Flowers
Plant a Tree