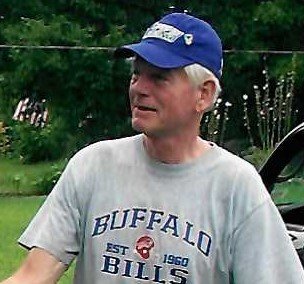 Please share a memory of Charles to include in a keepsake book for family and friends.
View Tribute Book
Wayland - Charles J. Kota was born September 21, 1938 in Gowanda, NY the son of John and Mary Kota and passed away on August 16, 2020 at the age of 81 at his home in the Town of Cohocton. Charles served from September 24, 1956 in the United States Army, 82nd Airborne 325 A.I.R. Mike Company and was Honorably Discharged on September 23, 1959. Charles entered the Erie County Sheriff’s Department in February 1963 and served as a Criminal Deputy until June 1966. He then went on to the New York State Troopers in June 1966 and retired on June 5, 1986 after serving 20 years. He was on the New York State Police Dive Team for 18 years during his career as a Trooper. Charles was an avid fisherman, hunter and trapper and enjoyed travelling to the Adirondack areas of NY State. He was a lover of his hunting dogs and his German Wirehair Pointers were his favorites, Nika, Gretta, Keesha and Ruby brought him many years of enjoyment and companionship as well. He especially enjoyed hunting Turkeys with his dogs. He was predeceased by his parents John and Mary Kota of Gowanda and brother James Kota of Germany. Charles is survived by his wife Beverly (Teed) Kota and his children Steven (Gail) Kota of Cohocton, Rhonda (Gary) Nicholson of Elmira Heights and Heather Kota of Jacksonville, Florida, along with his grandchildren, Nicole Kota, C. Andrew Moesch V and Alexander Michel, 2 great grandchildren and several nieces and nephews. Surviving are his brother David (Nancy) Kota of Gowanda, NY and Sister in Law Rose Kota of Germany. Mother in Law, Thelma Teed and Brothers and Sister in Laws, Eugene (Nadine) Teed, Marlene (Michael) Monfuletho and Wayne (Debra) Teed. Charles’s family and friends may call Friday August 28, 2020 from 4-7pm at the St. George-Forsythe Funeral Home, 109 West Naples St., Wayland. His funeral service will be private at the convenience of his family. . In lieu of flowers contributions in Charles memory may be made to the Cohocton Ambulance Service, PO Box 262, Cohocton, NY 14826 or the NY State Troopers PBA Benefit Signal 30 Fund Inc., 120 State St., Suite 2, Albany, NY 12207.

Share Your Memory of
Charles
Upload Your Memory View All Memories
Be the first to upload a memory!
Share A Memory
Send Flowers
Plant a Tree