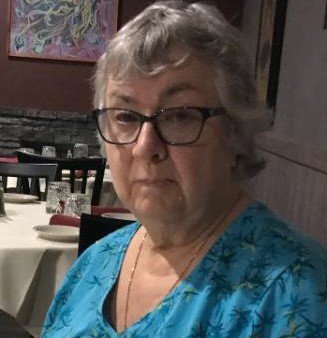 Obituary of Joanne A. Damboise

Please share a memory of Joanne to include in a keepsake book for family and friends.
View Tribute Book
Cohocton – Joanne A. Damboise, 73 years of age, passed away early Friday morning, August 14, 2020 at Ira Davenport Hospital. Joanne was born January 25, 1947 in Rochester the daughter of George Sleggs and Leota (Becker) Carmichael. She grew up on Conesus Lake and North Cohocton and graduated from Wayland Central School in 1965. Joanne then attended and graduated from Alfred State College in 1967, earning an Associate’s Degree in Data Processing. Joanne moved to Cohocton in 1974 and has remained a resident of that area ever since. Joanne and Raymond Damboise began a relationship in 1970 and were wed in 1987. Together they spent over 48 years together prior to Ray passing away in 2018. Joanne’s employment career included a few different companies. She was one of the initial computer programmers on the main frame computers. She worked for General Dynamics and Moore Cotrell for a short period of time before beginning a career at Chase Bank that lasted over 25 years. Joanne was also the Cohocton Town Assessor for 10 years. When she retired she was a Senior Analyst Programmer and was the person to call when something went wrong or something was needed. Joanne’s hobbies were many as she enjoyed sewing (especially her own clothes), growing vegetables in her garden, home cooking (she was a wonderful cook) and learning new things. She loved volunteering her time in many clubs including; the Steuben County Republican Club, Cohocton Lioness and the Cohocton American Legion Auxiliary. She also worked as the town assessor for many years. Joanne loved to have a good time and made sure the people around her had a laugh over something! Joanne was pre-deceased by her parents, George and Leota Carmichael; her husband Raymond Damboise; a sister, Mary Carmichael; and a special aunt, Alda Becker. She is survived by her children, Jackie (Marvin) McIntosh of Prattsburgh and Jerome Damboise (Michelle Domm) of Atlanta; her grandson, Ryan Damboise (Skyler Race); her sisters, Georgia Feasel of Owego, Paula (Tom) Carman of Endicott and Sue (Bob) Spitulnik of Fairport; along with many nieces, nephews, great nieces, great nephews; and many cousins. A special “thank you!” to her “girls” who took such good care of Joanne. Joanne’s funeral service will be private along with interment at Clearview Cemetery in North Cohocton. Contributions in memory of Joanne A. Damboise may be made to the Cohocton American Legion Auxiliary, 6 Wilcox St., Cohocton, NY 14826.

Private and at the convenience of Joanne's family.

Share Your Memory of
Joanne
Upload Your Memory View All Memories
Be the first to upload a memory!
Share A Memory
Send Flowers
Plant a Tree