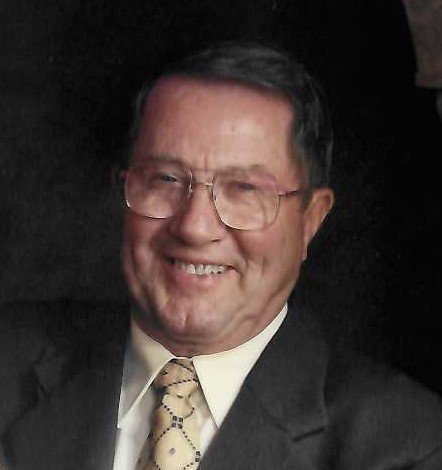 Please share a memory of Paul to include in a keepsake book for family and friends.
View Tribute Book
Wayland – Dansville – Paul F. Isaman A voice became still on 9/5/2020 when Paul Isaman died at the age of 96. He was born on July 22nd 1924 to Fred and Carrie (Kiefer) Isaman. Paul spent 40 years of his life teaching piano and organ from 1950 to 1990 to many pupils, the early years in Rochester, NY and later in the Wayland and Hornell areas. He was the organist of the St. Peter’s United Church of Christ in Perkinsville, NY for 47 years from 1956 to 2003. Paul retired from the Wayland Post office in 1992 after 20 years of service. He spent 2 years 1948-1949 in the US Army. From 1992 to 2008 Paul owned and operated an antique shop called Cozy Dale Collectibles and Antiques on Isaman Road in Wayland, NY. Paul had a love for antiques, was involved with the Wayland Historical Society and enjoyed sharing his passion of the past with anyone who would listen. All who knew him were lucky enough to share his many stories. He had a twinkle in his eyes and an infectious smile that showed his dimples! Paul was predeceased by his parents, his sister Catherine Lander, brothers- in- law, Harold Lander and Donald Saxton, nieces Karen Kurtz and Sandra Lander. He is survived by his sister, Beatrice Saxton of Cohocton; nephews and nieces, Dr. Gerald Lander, Stanley Lander, Gary Lander (Tom Wieszczyk), Wayne Saxton, Linda Saxton and Cathy Saxton(Lori Stromquist); numerous great and great-great nieces and nephews. Paul’s family and friends may call Tuesday September 8th from 10am – 12pm at the St. George-Forsythe Funeral Home, 109 West Naples St., Wayland. Facial covering, social distance and no physical contact policies will be in effect. Paul’s funeral service will be private for his family on Tuesday followed by interment at St. Peter’s Cemetery in Perkinsville. Memorial contributions may be made to St. Peter’s Cemetery Association, Perkinsville, NY 14529.

Share Your Memory of
Paul
Upload Your Memory View All Memories
Be the first to upload a memory!
Share A Memory
Send Flowers
Plant a Tree