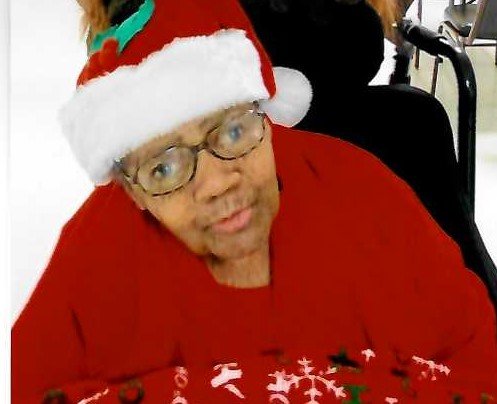 Please share a memory of Gloria to include in a keepsake book for family and friends.
View Tribute Book
Wayland – Gloria Stevens, 90 years of age, passed away late Tuesday afternoon at her home in Wayland. Gloria was born January 25, 1930 in Buffalo, the daughter of Joseph and Lenora (Lang) Stevens. She was the youngest of seven children. Gloria began receiving services from the Arc of Steuben in 1979 and moved into one of the agency’s residential homes in 1981. In 1993 Gloria moved to the Arc of Steuben’s Wayland home and lived there ever since. Gloria’s hobbies were many! She attended a variety of programs within the Arc; she loved watching birds and squirrels; baking and drinking coffee were also favorites. She enjoyed singing and being a member of the All Inclusive Choir at the Corning Performing Arts Center. Gloria also loved babies and would always light up when she saw a baby or pictures of babies. She took a lot of pride in her appearance especially with her hats and hair accessories! Gloria was pre-deceased by her parents Joseph and Lenora Stevens; and her special friend Abel St. Pierre. She is survived by her best friend and advocate, Michele Sick; her family and friends of the Wayland IRA; along with her many friends and caregivers throughout the Arc of Steuben. Visitation and calling hours for Gloria will be Monday September 28, 2020 from 12-1:30 at the St. George-Forsythe Funeral Home, 109 West Naples St., Wayland. Facial covering, social distance and no physical contact with funeral home patrons’ policy will be in effect. Gloria’s funeral service will be private and at the convenience of her Arc family and friends. Committal prayers and interment will take place at Rose Ridge Cemetery in Naples. Contributions in memory of Gloria Stevens may be made to the Arc of Steuben, One Arc Way, Bath, NY 14810.

Private and at the convenience of Gloria's ARC family.

Share Your Memory of
Gloria
Upload Your Memory View All Memories
Be the first to upload a memory!
Share A Memory
Send Flowers
Plant a Tree