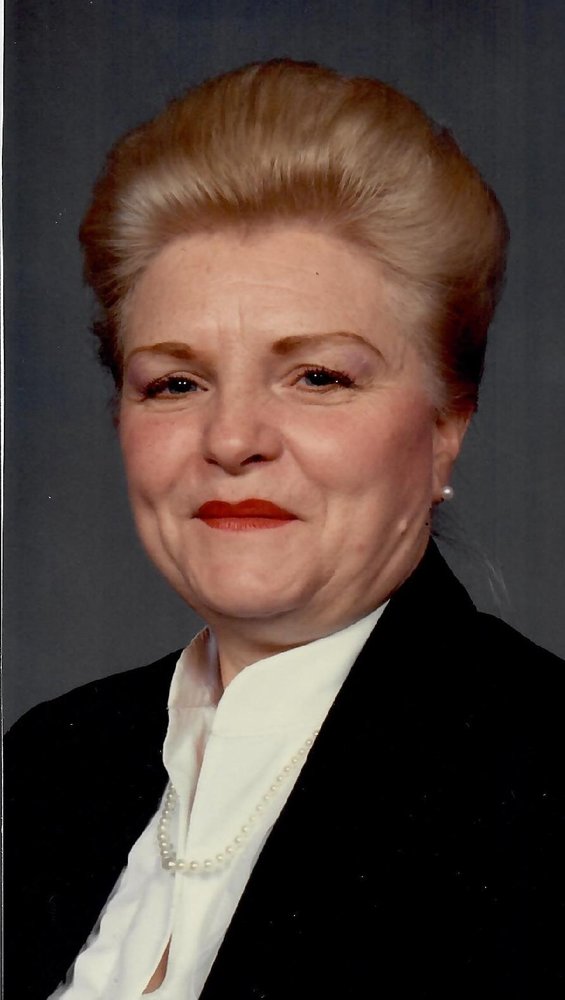 Obituary of Sally I. Fox

Please share a memory of Sally to include in a keepsake book for family and friends.
View Tribute Book
Wayland – Sally J. Fox, 88 years of age, passed away early Sunday afternoon, December 13, 2020 at Conesus Lake Nursing Home in Livonia. Sally was born April 25, 1932 in Arkport, the daughter of Leo H. and Alice (Austin) Briggs. She grew up in Arkport and graduated from high school there. Sally and Joseph Fox Jr. were married October 14, 1950 and together celebrated over 67 years of marriage prior to Joe passing away in February of 2018. She moved to Wayland upon their marriage and stayed there until her recent move to the nursing home. Sally and Joe owned and operated Joe Fox Farms for several decades. She loved working on the farm and did just about anything! Sally’s hobbies were many. She enjoyed ceramics, especially Santa Claus ceramics…she made a different Santa for her daughters, daughters-in-law, and granddaughters every Christmas for over 20 years. Sally was a Girl Scout Leader; and she ran the cake booth at St. Joseph’s Summer Festival for years. Sally loved to help people whenever she could; especially at their time of need. She was the leader of the St. Joseph’s Church funeral dinner program; a volunteer service that was appreciated by so many people and assisted them at their time of grief. Sally also lived for her family, especially her grandchildren and great-grandchildren. Of significance also was her love of shoes! Sally had a pair of shoes for every outfit she had and you could count on her looking like a million bucks…Class with a capital “C”! Sally was also a phenomenal cook! You could always catch her peeling potatoes for her famous hot German potato salad or apples for apple pie. Sally made so many pies and desserts that no one else could match. Sally was pre-deceased by her parents; her husband Joseph Fox Jr.; her daughters, Reneé Fox and Deborah Repka; and her son, Andrew Fox; her siblings, Leo Briggs, Muriel Hurlbut and Anne Armindinger. She is survived by her children, Daniel (Rose) Fox of Wayland, Jane (David) Mehlenbacher of Cohocton and Joseph M. Fox of N. Chili; her son-in-law, Robert Repka of Wall, NJ; her grandchildren, Rachele Repka, Russell (Jen) Repka, Ryan (Ashley) Repka, all of NJ, Tara (Josh) Longe and Autumn (TJ) Canfield, all of VA, Kurt Mehlenbacher (Katie Mark) and Eric Mehlenbacher of Wayland, and Jonathan and Kaitlin Fox of N. Chili; her great-grandchildren, Reagan, Reese, Ryder, Shane, Ledger, Canaan, Issac, Ethan and Addison; along with nieces and nephews. Due to the Covid-19 pandemic, Sally’s funeral service will be private and at the convenience of her family, along with interment at St. Joseph’s Cemetery in Wayland. Her service will be live streamed on Saturday at 1pm. Please use the following link, https://www.youtube.com/PEISHTV. The stream will be available 5 minutes prior to the service. Contributions in memory of Sally J. Fox may be made to the Vincent House, 310 Second Ave., Wayland, NY 14572 or to the Perkinsville Fire Department, PO Box 152, Perkinsville, NY 14529.

Sally's funeral service will be live streamed on Saturday at 1pm ~ Please use the following link, https://www.youtube.com/PEISHTV ~ The stream will be available 5 minutes prior to the service.

Share Your Memory of
Sally
Upload Your Memory View All Memories
Be the first to upload a memory!
Share A Memory
Send Flowers
Plant a Tree