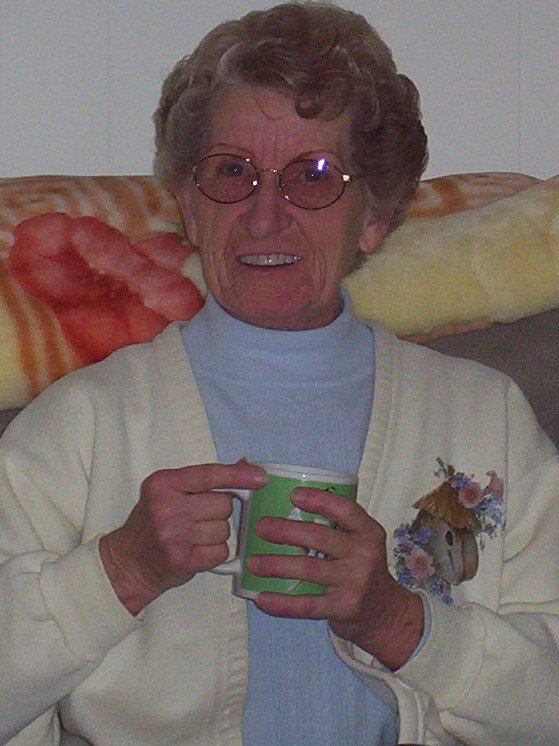 Please share a memory of Nellie to include in a keepsake book for family and friends.
View Tribute Book
Nellie “Ivy” Strasburg of Wayland passed away January 30th, 2021 at age 84. Ivy was born on June 5, 1936 in Tinsley, Kentucky to William and Marie (Hembree) Hendrickson. The family moved to Lima, NY where Ivy graduated from high school. She married and moved to Livonia to raise her 3 children. She enjoyed nurturing her family, cooking, canning, baking, flower gardening, and her dogs through the years. Ivy was predeceased by her sister, Celia Milroy, brothers, Dallas and John "Mac" Hendrickson, sister in law Darlene Hendrickson, and brothers-in-law Albert Milroy and Duane Benson. Ivy was the cherished mother of Katherine (Karl) Bill, Robert Strasburg II, and Steven (Joyce) Strasburg. Her 6 grandchildren and 15 great-grandchildren were Ivy's pride and joy. Survivors also include sisters Maxine Benson and Myrtle (Mike) Teed, sister-in-law Judy Hendrickson, many nieces and nephews and her loving caregivers. Ivy will be greatly missed by her family, but we have the blessed assurance that we will see her again. A memorial service will be held in the coming spring or summer. In lieu of flowers, Ivy would be pleased if donations were made to St. Jude’s Children’s Hospital, 262 Danny Thomas Place, Memphis, TN 38105.

To be announced at a later date.
Online Memory & Photo Sharing Event
Online Event
About this Event

Share Your Memory of
Nellie
Upload Your Memory View All Memories
Be the first to upload a memory!
Share A Memory
Send Flowers
Plant a Tree