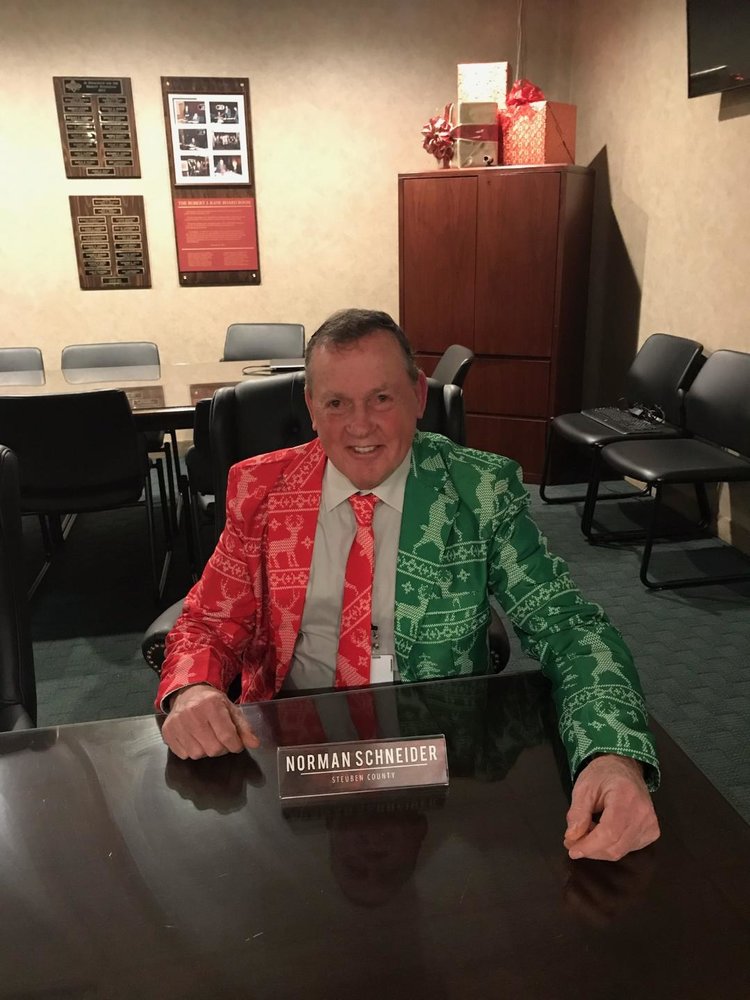 Please share a memory of N. to include in a keepsake book for family and friends.
View Tribute Book
Cohocton – Norman Edward Schneider, “Eddie,” Uncle Ed,” unexpectedly passed away on Thursday February 25, 2021 at Highland Hospital in Rochester. Ed was born September 23, 1948 in Bath, NY the son of Norman and Irene (Allen) Schneider. He grew up in Cohocton and has remained a life resident of that area. He graduated from Cohocton Central School and earned his Associates in Marketing from Alfred State and later received his Bachelors of Science from Roberts Wesleyen College. Ed’s employment history spanned many different areas. He worked for Metropolitan Insurance Company, Electrolux (selling vacuum cleaners) and for the OMRDD at Sonyea. After his employment at Sonyea, Ed became a corrections officer for over 20 years, retiring from Livingston Correctional Facility in Sonyea. Ed also spent time in the United States Army Reserve from February 1971 to 1974. In the mid 1990’s, Ed and Cassie Dennison began a loving relationship that has spanned over 25 years. His hobbies were many as Ed enjoyed; hunting; playing cards, gambling (especially going to the Casino and an active board of directors member at Batavia Downs); travelling around the world; gardening; canning; and taking rides on his Kubota ATV. Ed’s true passion though was his saw mill! He loved processing wood that he either cut himself or purchased. He loved making wood crafts with his lathe; spending time at his cabin and property; and being with his favorite dog, Lance! Ed was a great listener to all who needed to chat and of utmost importance to him was his Catholic Faith! He was “one of a kind” and will be missed by all his family, friends and anyone who affectionately referred to him as “Uncle Ed.” Ed was pre-deceased by his parents, Norman and Irene Schneider; his son Edward “Eddie” Schneider; his son-in-law Yoni Chung; his siblings and spouses and other in-laws, John Schneider, Mary (Al) Weber, Frank (Vivian) Schneider, Norene Lindsey, Anne (Mike) Hamilton, Mike Schneider; Ken Reinard: Demerle Wise, Adrienne Schneider and Thomas Dennison. Ed is survived by his loving partner of over 25 years, Cassie Dennison of Springwater; his children, Tammi (Pete) Menz of FL, Jennifer (Joe) Hengy of Cohocton, Terri Schneider-Chung (Brian Gilbert) of FL and Kelly Mendoza of FL; his step-son, Nick Gilbert of Springwater; his grandchildren, Rayna, Matthew, Dylan, Raven, Deven and Samantha; his siblings, Kay Wise of Cohocton/Wayland, Dorothy “Dot” Reinard of PA, Jean (Tom) Recktenwald of Wayland, James (Leslie) Schneider of FL and his twin sister Elaine “Kissie” (James) Davis of PA; his in-laws, Eileen Schneider of FL, Ron (Dawn) Lindsey of Cohocton, Cindy Dennison of Groveland, Rosemary (Dwayne) Provo of NV, Dawn (Wayne) Stanley of Dansville, Terry (Alex) May of TX, Jeff Lowery of Dansville, Paul Walker of Dansville, Rory (Lynn) Walker of Dansville and Tammy Walker of Dansville; along with many many nieces and nephews. Ed’s family and friends may call Monday from 4-7pm at St. George-Forsythe Funeral Home, 109 West Naples St., Wayland. Social distance, facial covering and no contact policies will be in effect. A Mass of Christian Burial will be celebrated for Ed privately. Committal prayers and interment will take place at St. Pius Cemetery in Cohocton. Contributions in memory of N. Edward Schneider may be made to St. Pius Cemetery, 2 Mill St., Cohocton, NY 14826. Funeral live streamed at https://youtu.be/KSzYU7Gcp2Y Funeral Service Live Stream for N. Edward "Uncle Ed" Schneider

Share Your Memory of
N.
Upload Your Memory View All Memories
Be the first to upload a memory!
Share A Memory
Send Flowers
Plant a Tree