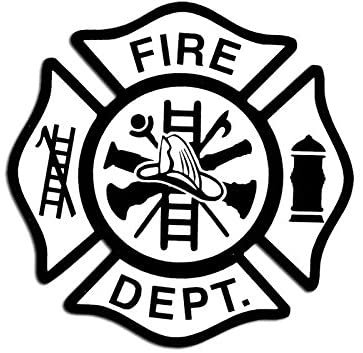 Please share a memory of Terry to include in a keepsake book for family and friends.
View Tribute Book
Wayland – Terry M. Burke, 49 years of age, passed away Thursday March 25, 2021 at his home. Terry was born February 27, 1972 in Dansville the son of William and Mary Jane Burke. Terry graduated from Wayland Central School and has remained a life resident of the Wayland and Springwater areas. Terry served his country during the Desert Storm era with the United States Air Force. Terry and Jennifer Brooks were married September 6, 1997 at St. Joseph’s Church in Wayland and together have celebrated 23 years of marriage. Terry owned and operated Terry Burke Heating for many years, working on furnaces, air conditioners, plumbing and just about anything that needed to be done. Terry’s civic duties were extensive as he was a Past Chief of the Springwater Fire Department; current member of the Wayland Fire Department; Wayland American Legion member; Wayland Rod-n-Gun Club member; and former Springwater Town Board member. His hobbies were many! He loved traveling with his family to the beach and always trying to find new restaurants and new food; he enjoyed his dogs; and he likedhunting in the past. His pride and joy was his daughters! Terry was always there for their games and other school events! Terry was pre-deceased by his father, William Burke; his step-father, Rick Parks; and his grandparents, Howard and Dorothy Kramer and Sam and Dorothy Burke. He is survived by his wife, Jennifer Burke of Wayland; his daughters, Emily and Hannah Burke of Wayland; his mother, Mary Jane (Kramer-Burke) Parks of Wayland; his brother, Bill (Tammy) Burke of Wayland; his step brother, Brad (Bonnie) Parks of TX; his mother and father in law, Sally Brooks and Bud Higginbotham of Wayland; his brother in law, Jeff (Erron) Brooks of Lima; his niece, Kelsey Burke of Wayland; his nephews, Collin Burke of Wayland, Avery, Griffin and Quinn Brooks of Lima; along with many aunts, uncles and cousins. Terry’s family and friends may call Tuesday March 30, 2021 from 4-7pm at St. George-Forsythe Funeral Home, 109 West Naples St., Wayland. Terry’s funeral service will be private due to Covid19 restrictions. Committal prayers, military honors and interment will take place at Sacred Heart Cemetery in Perkinsville. Contributions in memory of Terry M. Burke may be made to the Wayland Fire Department, 14 E. Naples St., Wayland, NY 14572 or to the Wayland America Legion, 102 N. Main St., Wayland, NY 14572.

Share Your Memory of
Terry
Upload Your Memory View All Memories
Be the first to upload a memory!
Share A Memory
Send Flowers
Plant a Tree