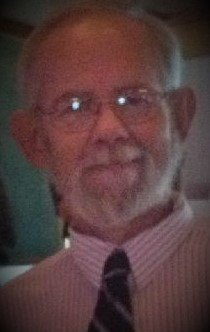 Please share a memory of Paul to include in a keepsake book for family and friends.
View Tribute Book
Wayland – Paul E. Jester, 71 years of age, passed away at his home on Sunday May 9, 2021. Paul was born August 14, 1949 in Niagara Falls, NY the son of Edward and Helen (Reece) Jester. He grew up in and resided in many different towns within Allegany County and in 1972 he moved to Wayland and has resided there ever since. Paul and Dale Derrenbacher were married April 26, 1969 and together celebrated over 50 years of marriage prior to Dale passing away in February of 2020. Paul graduated from Belfast Central School in 1967 and then earned his Bachelor of Science Degree in nursing from SUNY Geneseo. Paul was a registered nurse for the state of New York. He was employed at Craig Developmental and when Craig closed he worked many years at Groveland Correctional Facility and finally for Finger Lakes DDSO in Dansville, retiring 16 years ago. Paul’s hobbies were many! He enjoyed hunting, fishing and gardening as he was an avid outdoorsman. He spent a lot of time at their cabin in the southern tier. Paul’s passion though was helping others. He spent lots of time taking care of others whether it was his family during times of need and sickness or assisting his neighbors with mowing their lawn or snow blowing their driveways and sidewalks. His neighbors were very special to him as their children grew up together and many good times were enjoyed. Spending time with and helping family, friends and neighbors was very important to Paul! He will be dearly missed. Paul was pre-deceased by his parents, Edward and Helen Jester; his wife Dale Jester; his son-in-law Mark Midgett; and brothers, Edward Jr. and Robert Jester. He is survived by his children, Kris (Robert) Coburn of Dansville, Jim (Stephanie) Jester of Vestal and Carrie Midgett of Livonia; his grandchildren, Thomas, Ava, Daniel, Matthew, Ashley and Drew; his siblings, Frank (Annette) Jester of Leicester and Vivian Henry of Fillmore; his brothers and sisters in law, Kay (Gayle) VanDurme of KS, Bob (Gail) Derrenbacher of Wayland and Chris Cavalloro or Rochester; along with nieces and nephews. Paul’s family and friends may call Wednesday May 12, 2021 from 5-6:30pm at St. George-Forsythe Funeral Home, 109 West Naples St., Wayland. Social distance, face covering and no physical contact policies will still be in effect. A private funeral service will be held for Paul Wednesday evening. Contributions in memory of Paul E. Jester may be made to: WCCS Scholarship In Memory of Dale A. Jester, 2350 State Route 63, Attn: Business Office, Wayland, NY 14572.

Share Your Memory of
Paul
Upload Your Memory View All Memories
Be the first to upload a memory!
Share A Memory
Send Flowers
Plant a Tree