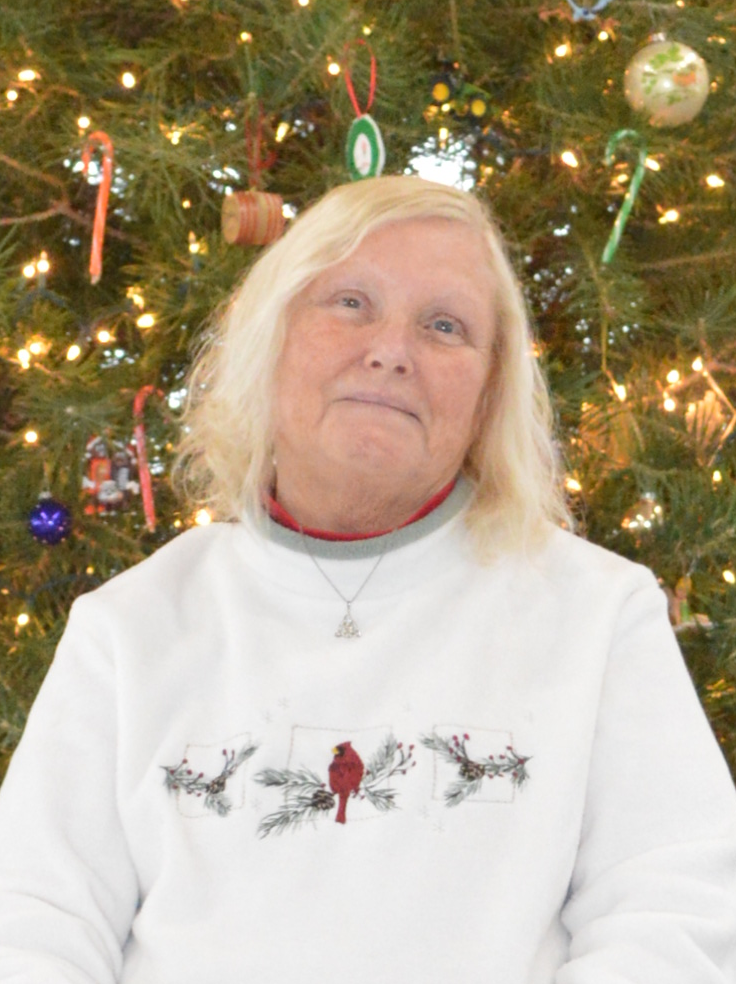 Obituary of Elizabeth A. Conrad

Please share a memory of Elizabeth to include in a keepsake book for family and friends.
View Tribute Book
Perkinsville – Elizabeth A. “Liz” Conrad, 72 years of age, passed away unexpectedly, Tuesday, May 11, 2021. She was known to be, the “self-proclaimed and appointed mayor of Perkinsville!” Liz was born July 26, 1948 in Dansville the daughter of Frederick and Veronica “Petey” (Baxter) Keysaw. She grew up in Dansville and was a proud member of the graduating class of 1967. On February 3rd 1974 through mutual friends, Liz was introduced to Jim. She was in shock that she finally was able to meet the guy that had the 69’ Blue Road Runner! On June 28, 1975 they became man and wife. Together they celebrated over 45 years of marriage. After marrying they built a home in Perkinsville, raised their family and have lived their entire time together. Liz worked at Craig Developmental Center in Sonyea; Wayland-Cohocton Central School Cafeteria; and for over ten years at the WCCS Bus Garage. Liz had many hobbies! She enjoyed having coffee with the girls every week; spending time at their property, camping and hanging out and riding their golf cart throughout the neighborhood. She loved the hot weather – “the hotter the better”! Hallmark movies were a favorite as was watching NASCAR. Over the years her favorites were Richard Petty, Kyle Petty, Davey Allison and currently Brad Keselowski. She loved planning her class reunions for the class of 1967 in Dansville. Her classmates were close to her and they always have a strong turnout for the reunion. But the most important part to Liz though, were her grandchildren Karlee, Chance & Bryce; even though she took the harassment of being a “short stack”, she was very proud of them, she was their #1 fan and supporter! Liz was pre-deceased by her parents, Fred and Petey Keysaw; her father and mother-in-law Anthony and Mary (Kuhn) Conrad; her brothers and sisters in law, Alice Merkle, John “Jack” Conrad, Jeannette McKee, David Conrad, Janice Conrad, Lincoln Milton and Bob Wheaton. She is survived by her husband of over 45 years, Jim Conrad of Perkinsville; her daughter, Robin (Bret) Walker of Ossian and her son, Chad Conrad of Perkinsville; her grandchildren, Karlee, Chance & Bryce; her sister, Cathy (Dave) Werth of Dansville and her brother, John (Susan) Keysaw of Dansville; her brothers and sisters in law, Helen Milton of Perkinsville, Tony Conrad of AK, Dottie (Daniel) Sick of N. Cohocton, Anita Pragle (Bill Leuvelink) of Wayland, Rose Mary Maher of Glenmont, Ann Wheaton of Naples, Mary (Jim) Williams of Perkinsville, Jerry McKee of Dansville and Betty Conrad of Kanona; along with many, many nieces and nephews. Liz’s family and friends may call Thursday May 20, 2021 from 4-7pm at St. George-Forsythe Funeral Home, 109 West Naples St., Wayland. A Catholic Mass and Burial will be celebrated for Liz on Friday May 21, 2021 at 11am at Sacred Heart Church and Cemetery. Memorial contributions may be made to the Dansville All Sports Booster Club, 282 Main St, Dansville, NY 14437.

Share Your Memory of
Elizabeth
Upload Your Memory View All Memories
Be the first to upload a memory!
Share A Memory
Send Flowers
Plant a Tree