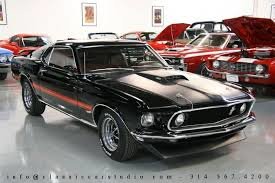 Please share a memory of Roger to include in a keepsake book for family and friends.
View Tribute Book
Wayland – Nunda – Roger L. Rawleigh, 66 years of age, passed away Tuesday June 1, 2021 at Noyes Memorial Hospital in Dansville. Roger was born September 13, 1954 in Nunda the son of Roger and Wanetta “Winnie” (Gray) Rawleigh. He grew up in Nunda and resided there the majority of his life. He also spent 13 years in Florida and for the past 6 years he has resided in Wayland with his wife Barb. His employment career was mostly spent in the plumbing and heating industry. Most recently he was the manager for Mike Palmer Plumbing and Heating in Canisteo. His hobbies were many! He loved old cars, especially mustangs which included his favorites; 1969 Mach I and 1970 Boss 302. He was a member of the “Good Ol Boys Car Club.” Roger enjoyed playing softball in local leagues and coaching. A tremendous accomplishment he was proud of was coaching his son’s team to within one game of the Little League World Series. Hunting was a favorite as well however it did not matter if he was successful with the hunt. The important part was being outdoors and the comradery with the guys. Throughout the years, Roger was also active with the Nunda Fire Department. Roger was pre-deceased by his parents, Roger and Winnie Rawleigh; and a sister, Deb Rawleigh. He is survived by his wife, Barb Rawleigh of Wayland; his sons Travis (Diana) Rawleigh of Nunda and Jess (Lili) Rawleigh of Rochester; his grandchildren, Alexis, Kyrstin, Kristopher and Kacey;his sister, Karen (Carm) Riviera of Nunda; his step-children, Heather Glover of Dansville, Trisda Hough (Will) Delmater of Atlanta, Anastasia Marshall of Cohocton, Austin McIntosh of Wayland, Tyler McIntosh (Ashley Goyco) of NE; his step-grandchildren, Ceairra, Trinity, Quin, Xander, Aydian, Harper, Makenna and Jillian; along with nieces and nephews. Roger’s family and friends may call Saturday from 11-2pm at St. George-Forsythe Funeral Home, 109 West Naples St., Wayland. Roger’s funeral service will take place at 2pm at the funeral home. Committal prayers and interment will take place immediately following at Valley View Cemetery in Avoca. Contributions in memory of Roger L. Rawleigh may be made to the Vincent House, 310 Second Ave., Wayland, NY 14572.

Share Your Memory of
Roger
Upload Your Memory View All Memories
Be the first to upload a memory!
Share A Memory
Send Flowers
Plant a Tree