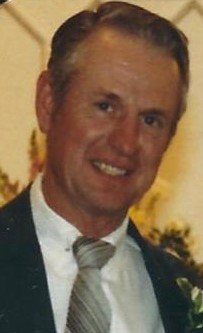 Please share a memory of Charles to include in a keepsake book for family and friends.
View Tribute Book
Charles Simeon Kreidler “Chuck” Wellington, 91, of Port Charlotte, Florida, passed away unexpectedly on Saturday, July 10th at Sun Valley Campground in Arkport, NY where he resided for the summer months. Chuck was born June 26, 1930 in Hornell, NY, the son of the late Carl L. Wellington and Ruth (Kinney) Wellington. Chuck was also predeceased by a brother, Carl L. Wellington, Jr. A graduate of Arkport Central School class of 1947, Chuck attended Cornell University before enlisting in the Army in February 1951 to serve in the Korean War. In 1954, when his enlistment was completed, SSG Wellington returned home to the family farm in Arkport and began expanding it into a modern dairy operation until his retirement and move to Port Charlotte, Florida 31 years ago. Chuck was married for 66 years to Marlene Malter of Perkinsville, NY who survives. Together they had 5 sons: Thomas (deceased), David (Lisa) of Sterling, VA, William, James, and Randolph (Tammy) of Arkport. Chuck was the proud grandfather of: Andrew (Jordan) Wellington, Jenna (Wesley) Churchman, Zachary (Danielle) Wellington, Thomas Wellington, Dean Wellington, Sarah Wellington, and Kate Wellington. He also had 8 great-grandchildren. Chuck served on many Steuben County committees such as the Agricultural and Stabilization Conservation Service and the Town of Dansville Board. Chuck was selected to proudly serve on the Steuben Trust Board of Directors for many years. Upon retirement from farming, Chuck enjoyed volunteering at the Military Heritage Museum in Punta Gorda, Florida as well as building theatrical sets for The Charlotte Players. Contributions in memory of Charles K. Wellington may be made to a charity of your choice. A private family ceremony will be held at a future date.

Private and at the convenience of Chuck's family.
Online Memory & Photo Sharing Event
Online Event
About this Event

Share Your Memory of
Charles
Upload Your Memory View All Memories
Be the first to upload a memory!
Share A Memory
Send Flowers
Plant a Tree