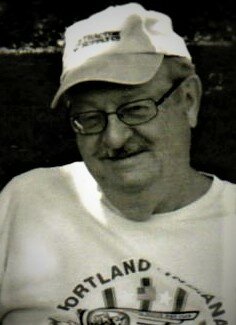 Please share a memory of Larry to include in a keepsake book for family and friends.
View Tribute Book
East Springwater- Lawrence H. Sniffen, 80 years of age, passed away late Saturday morning, August 14, 2021 at St. Anne's Home in Rochester. Larry was born October 21, 1940 in East Springwater, the son of Harold and Marian (Gibson) Sniffen. He grew up in East Springwater, graduated from Wayland High School and remained mainly a life-long resident of East Springwater/Wayland area. Larry retired from Eastman Kodak after many years there where he was a film technician. He was awarded several bonuses for his suggestions on how to simplify film processes. After retirement he enjoyed many different jobs and hobbies that kept him busy. Larry was very talented mechanically and was a member of the Cushman Club of America which is a group of enthusiasts dedicated to the restoration and preservation of Cushman Motor Scooters. He loved going to auctions with friends: collecting Lionel trains and attending the annual steam pageant. Larry was pre-deceased by his parents, Harold and Marion Sniffen. He is survived by his wife, Marlene Sniffen of East Springwater, his daughters, Shelly (Paul) Nowak of KY, daughter Amy (Jim) Nunes of Walworth and his step-son Jerry (Gina) McHugh of Palm Bay FL; his grandsons Stanley, Kenneth, Brian, Andrew, Jonathan and Brendan, his sister, Joan Wilgus of Geneseo, along with several cousins and many friends. Larry's family and friends are invited to call Saturday September 25 from 1-3pm at St. George-Forsythe Funeral Home, 109 West Naples St., Wayland. Interment will be at the Village Cemetery in Wayland at the convenience of his family. Contributions in memory of Lawrence H. Sniffen may be made to the Springwater Fire Department, 8145 South Main St., Springwater, NY 14560.

Share Your Memory of
Larry
Upload Your Memory View All Memories
Be the first to upload a memory!
Share A Memory
Send Flowers
Plant a Tree