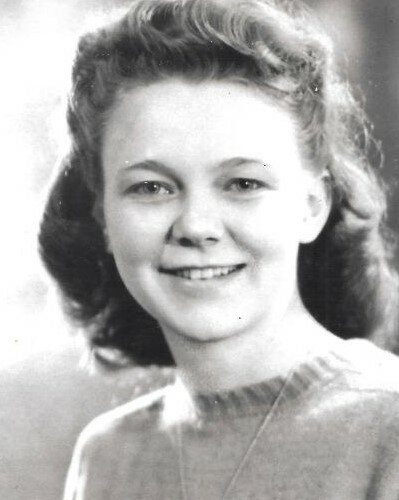 Please share a memory of Jean to include in a keepsake book for family and friends.
View Tribute Book
Cohocton – Jean W. Carey, 93 years of age, passed away early Wednesday morning, September 8, 2021 at the Steuben Center in Bath. Jean was born October 5, 1927 in Cohocton the daughter of Armin and Gladys (Wagner) Ochs. She grew up in Cohocton and has remained a life resident of the area. Jean graduated from Cohocton Central School in 1944 and then attained her Associates Degree in Business. Jean and Paul Carey were married on July 16, 1946 and together celebrated over 57 years of marriage prior to Paul passing away in August of 2003. She was a Clerk for the Selective Service System for many years and then owned and operated Carey’s Grocery in Cohocton with Paul and her son Tim. Jean remained as bookkeeper of the store until a few years ago when she retired. Jean’s hobbies were many! She enjoyed gambling especially lottery tickets; travelling when her husband was alive, especially cruises. They went to Alaska, Hawaii the Panama Canal along with many different other areas. She enjoyed camping as well. Crossword puzzles and Bingo have always been her favorites. Jean’s grandchildren and great-grandchildren were her pride and joy. A staple in the Cohocton community, she will be missed by all. Jean was pre-deceased by her parents, Armin and Gladys Ochs; her husband Paul; a son, William Carey; a brother, Reid Ochs and her son-in-law John Bennett. She is survived by her children, Tom Carey (Michaela Cosgrove) of Cohocton, Tim (Rhonda) Carey of Cohocton and Nancy Bennett of Cohocton; her daughter-in-law Mila Carey of CA; her grandchildren, Kala Carey of Spain, Matthew (Jessica) Carey of S. Bristol, Katrina Carey of Pittsburgh PA, Dylan Carey of Cohocton, Krista (Adam) Priola of Cohocton, John (Stephanie) Bennett of Cohocton, Jessica (Scott) Calkins of Bath, and Mark and Ethan Carey of CA; 7 great-grandchildren; her sister Judy Chelini of NV and her brother Kent (Kathy) Ochs of CA; her sister-in-law Marilyn Ochs of Owego; along with several nieces, nephews and cousins. A celebration of Jean’s life will take place Saturday September 18, 2021 from 1-4pm at the Cohocton American Legion, 6 Wilcox St., Cohocton. Please bring photos and memories to share. Jean’s interment will take place at Mapleview Cemetery at the convenience of her family. Contributions in memory of Jean W. Carey may be made to Hornell Area Human Society,7649 Industrial Park Rd., Hornell, NY 14843

Share Your Memory of
Jean
Upload Your Memory View All Memories
Be the first to upload a memory!
Share A Memory
Send Flowers
Plant a Tree