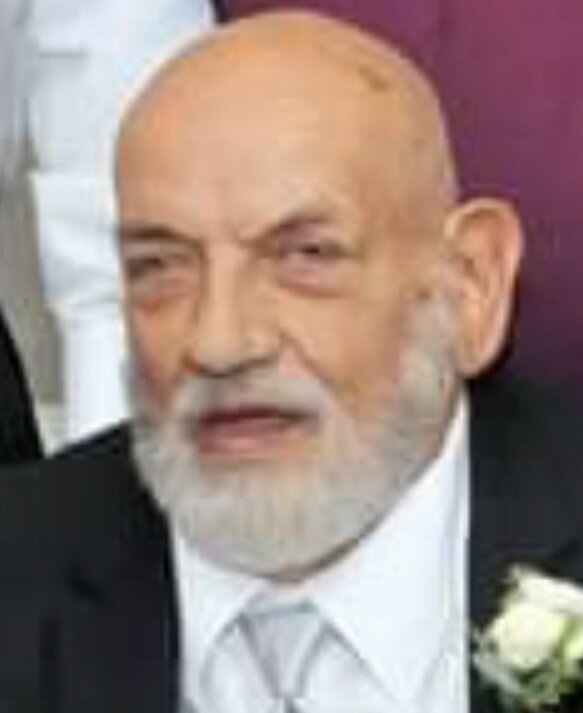 Please share a memory of Robert to include in a keepsake book for family and friends.
View Tribute Book
Dansville – Robert J. Snyder, 76 years of age, passed away at Highland Hospital in Rochester where he has been for a few months. Bob was born April 11, 1945 in Dansville the son of Albert and A. Renilda (Morsch) Snyder. He grew up in Dansville and has remained a life resident of the area. He was a 1964 graduate of Dansville Central School and soon after high school Bob and Marge Sawdey were married on May 1, 1965. Together they celebrated over 56 years of marriage. Bob’s employment spanned a few different areas. He worked at Foster Wheeler; ran a chain saw shop at his home; and for over 50 years worked for the funeral industry, placing vaults, selling monuments and caretaker of Holy Cross Cemetery in Dansville. Bob also worked for over 9 years at Dansville Central School retiring from there several years ago. Bob’s hobbies were many! He loved collecting tractors, firetrucks and was a member of the White Sabres Drum and Bugle Corps for many years. He loved the Pittsburgh Steelers and also enjoyed bowling in different leagues throughout the years. Bob was a member of several local organizations that included: the Loyal Order of the Moose Club #1130; a social member of Jackson Hose Co. #2; a 58 year member of Protectives Company #1 of the Dansville Fire Department and life membership of the following – Dansville Fire Department, Dansville Ambulance Company, Livingston County Volunteer Fireman’s Association and Western NY Volunteer Fireman’s Association – and especially the “Short Hose Pumper Company!” Bob was pre-deceased by his parents, Albert and A. Renilda Snyder; his sister, Carmelita Snyder; his brother, Neil Snyder; and sister and brother in law, Marcia and Alex Molinich. He is survived by his wife, Marge Snyder of Dansville; his children, Joseph (Janice) Snyder, Thomas (Bonnie) Snyder, Chris “Grub” (Kathy) Snyder all of Dansville and Todd Snyder (Shoshana Dietrich) of Webster; his grandchildren, Joshua (Kristen) Snyder, Matthew (Erica) Snyder, Stephanie (Scott) Johnson, Kelsey Snyder, Kaitlyn Snyder, Matthew (Amanda) McKinney and Michael (Jillian) McKinney; his great-grandchildren, Alyssa, Hunter, Cora, Teghan, Tenley, Carlin, Jonah and Madden; his sister Joyce Snyder of Virginia; along with several nieces and nephews. Bob's family and friends may call Thursday November 4, 2021 from 5-8pm at St. George-Forsythe Funeral Home, 109 West Naples St., Wayland. A Mass of Christian Burial will be celebrated Friday November 5, 2021 at 10am at St. Mary’s Church in Dansville. Committal prayers and interment will take place immediately following at Holy Cross Cemetery. Contributions in memory of Robert J. Snyder may be made to the Dansville Fire Department, PO Box 401, Dansville, NY 14437, Dansville Ambulance Company, 18 Ossian St., Dansville, NY 14437 or to St. Jude’s Children’s Hospital, 501 St. Jude Place • Memphis, TN 38105.