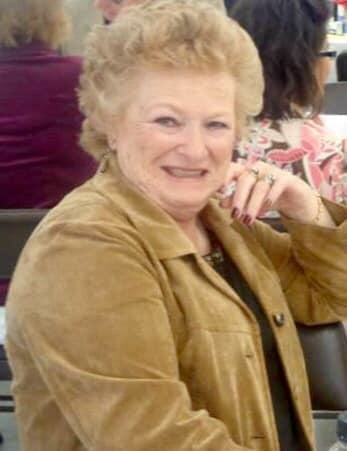 Please share a memory of Rosalee to include in a keepsake book for family and friends.
View Tribute Book
Rosalee J. Miller died at home December 18, 2021 at the age of 72 in the care of her children. Thanks to the support of her children and CareFirst palliative and hospice care nurses, she was able to stay at home as her health declined the last few years. Rose grew up in Rochester and Conesus, and lived the last 50 years in Perkinsville, NY. After her children were all in school, Rose returned to school herself and earned her Nurse Aide Certificate in 1980 and started her 20-year career at Noyes Memorial Hospital. Years as a Nurse’s Aide took its toll on her body, and she moved to the ER as a unit clerk and worked the switchboard until she retired in 2000. Rose was at her best when she was leading and volunteering. She never played on a baseball team, but when the Little League needed coaches she moved from the bleachers to behind the St George’s team bench. When Girl Scout leaders were needed, she became a scout leader. She marched and volunteered with the Perkinsville Fire Department Ladies Auxiliary and volunteered on the Rape Crisis hotline. Long after her kids were out of scouts she came back to the Little House to volunteer at the senior lunches, which she very much missed when the program was canceled. After retiring she spent many years volunteering and taking on leadership roles with the American Legion Auxiliary in the local Wayland and Cohocton chapters as well as Steuben County. Her roles and activities included President, Vice President, Secretary, Chaplain, Jr Auxiliary Activity Chair, making poppies, crocheting hats and glove for veterans, sending care packages to our deployed troops, helping at VA picnics, SAL Walkathon, and participating in the annual Wreaths Across America. After many years of sitting on the front porch watching the cars go by she spent her final summer enjoying the back deck, taking in the calm view over the gardens and creek, with an occasional golf cart ride on the RR tracks. The death of her husband William in 2018 after 53 years of marriage was hard on Rose, as was the death of her beloved sister Gail in 2001. Rose was also predeceased by her parents (Aubrey and Virginia), grandparents (George and Katherine), brother (Roger), and grandson (Michael). She is survived by her four children April, Jackie(Duane), Jean (Andrew), and Andy (Jody), recently found nieces Amanda and Kathy, eight grandchildren - Nichole, Jose, Steven, Vanessa, KatlinAnne, Samantha, Andrea, Alex, and at last count seven great-grandchildren. Rose’s family requests in lieu of flowers, donations can be mailed to the Cohocton American Legion Post 805 Auxiliary, 8 Wilcox St, Cohocton, NY 14826.

A Memorial Tree was planted for Rosalee
We are deeply sorry for your loss ~ the staff at St. George Stanton Funeral Home
Join in honoring their life - plant a memorial tree
Online Memory & Photo Sharing Event
Online Event
About this Event

Share Your Memory of
Rosalee
Upload Your Memory View All Memories
Be the first to upload a memory!
Share A Memory
Send Flowers
Plant a Tree