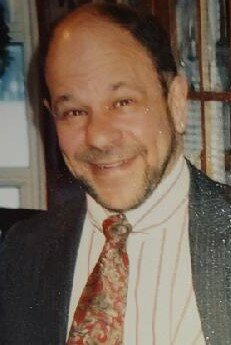 Obituary of Wayne A. Sarfaty

Please share a memory of Wayne to include in a keepsake book for family and friends.
View Tribute Book
Cohocton – Wayne A. Sarfaty, “Waco” – 70 years of age, passed away Sunday morning January 9, 2022 at his home in Cohocton. Waco was born April 18, 1951 in Rochester the son of Benjamin and Grace (Rowan) Sarfaty. He grew up in the city of Rochester and graduated from Gates Chili High School. Waco attended college in Iowa, moved back to Rochester and settled in Cohocton in 1993. Waco’s employment career spanned a few different areas throughout his life. He was a machinist by trade, but also worked in the insurance industry for MetLife and Prudential. His hobbies were many as he enjoyed fishing and anything to do with wildlife, especially otters; he loved his pets; enjoyed playing darts and being an active member of the Cohocton Legion. He enjoyed fixing and detailing cars; gardening; computers and helping anyone he could throughout his life. Cooking was a favorite of his as well; especially chicken and spaghetti and most any authentic Italian food. Waco’s sense of humor was interesting as he could always tell an inappropriate joke! His tattoos were important to him as they all had a special meaning and his Jewish heritage was very important to him. Waco was pre-deceased by his parents, Benjamin and Grace Sarfaty. He is survived by his girlfriend of many years, Carolyn Dashnaw of Cohocton; his daughters, Melissa (Mike) Guzewicz of Rochester and Gabrielle (Jeffrey) Carroll of Cohocton; his grandchildren, Tristin Carroll and Erica Sabins; his siblings, Bruce (Christine) Sarfaty, Jean Sarfaty and Morris Sarfaty; along with several nieces, nephews and other extended family members. At this time there are no funeral services planned.

A Memorial Tree was planted for Wayne
We are deeply sorry for your loss ~ the staff at St. George Stanton Funeral Home
Join in honoring their life - plant a memorial tree
Online Memory & Photo Sharing Event
Online Event
About this Event

Share Your Memory of
Wayne
Upload Your Memory View All Memories
Be the first to upload a memory!
Share A Memory
Send Flowers
Plant a Tree