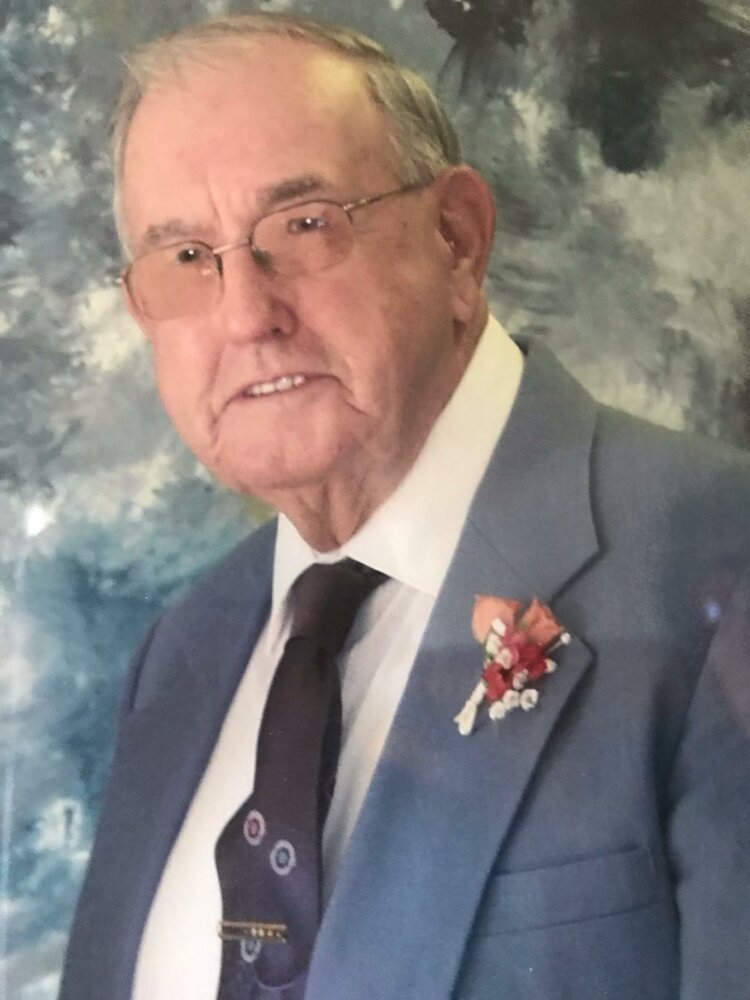 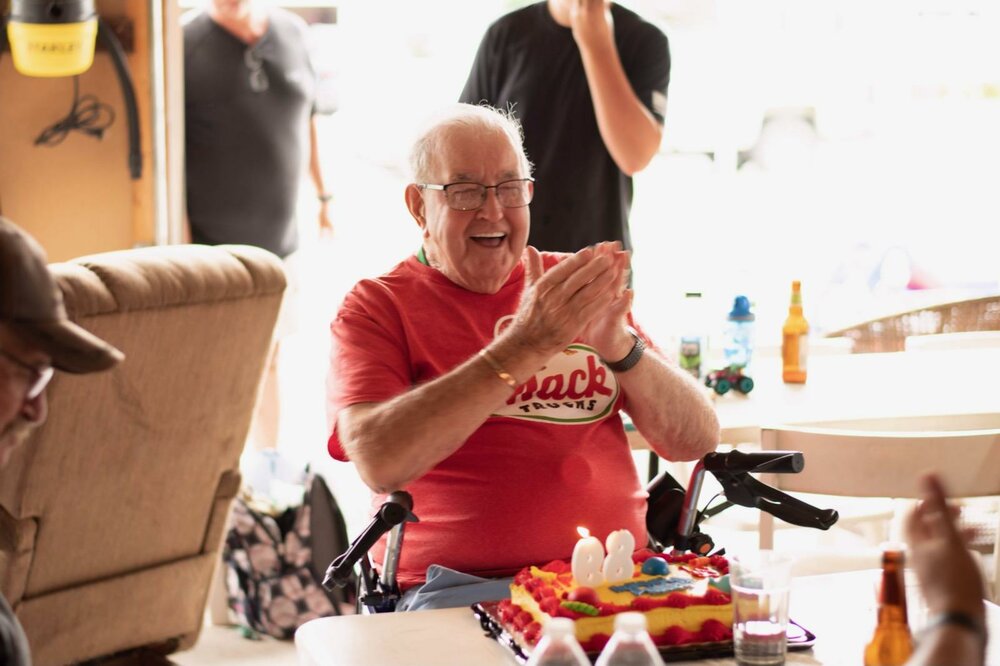 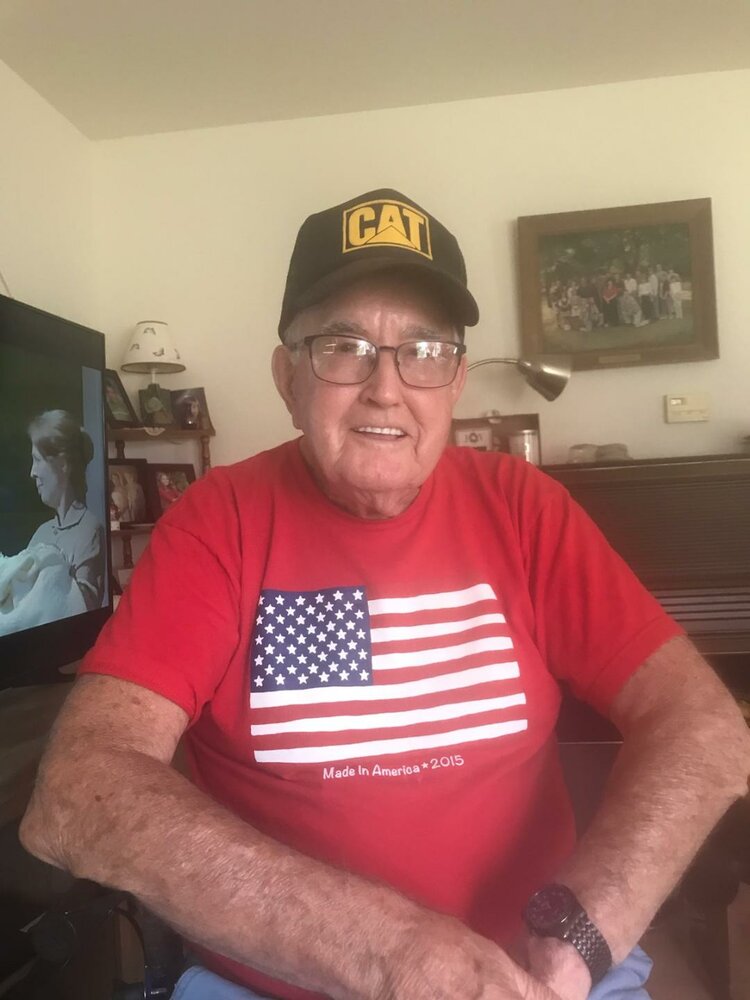 Please share a memory of Richard to include in a keepsake book for family and friends.
View Tribute Book
Born: July 4, 1930, Carney Hollow, Springwater, NY Dick passed away peacefully at his home in Colonial Beach, VA on January 15, 2022 at the age of 91. He was surrounded by family at the time the Good Lord called him home. Dick was predeceased by his parents; Harold and Irene (Gessner) Carney; his beloved wife Betty J. (Dunning) Carney, his brother Stephen Carney and his sisters Elizabeth (Carney) Furfure, Imogene (Carney) Robinson & Sandy (Carney) Schmitt. He is survived by his brothers, Gerald (Jerry) & Barbara (Brock) Carney , Donald Carney and his sisters; Vera (Carney) Gardner and Kathleen (Carney) & Terry Moore as well as his sons; Jeffrey & Julie (Brower) Carney, Mark Carney, his daughters; Faith (Carney) & David Mastin, Linda (Carney) & Jeffrey Sabo, Mary (Carney) & Al Landino along with nephew Wilbur (Bill) & Beverly (Wolfanger) Dunning. He is also survived by his 11 Grandchildren; Jeffrey (Jay) & Shelly (Maynard) Carney, Jason & Christy (Hoeffer) Carney, Jereme & Angie (Kesiel) Carney, Michael & Carrie (Delaney) Carney, Brandon & Kerri (Carneal) Mastin, Lauren (Mastin) & Marc Velario, James Sabo & Noelle DeVoy, Jon Sabo & Stacy Stanton, Margaret (Sabo) & Kristopher Peerman, Stephanie (Landino) & Phil Irving, and Collin Landino as well as his 27 Great Grandchildren and many other nieces, nephews and cousins. Dick graduated from St. Joseph’s Parochial School and then attended Wayland Central High School. He and Betty (Dunning) were married on June 24, 1950 and celebrated over 65 years of marriage until her death in 2017. Dick was a heavy machine operator working construction most of his life. He was sometimes called upon to do some truck driving for local farmers if he was available; as many of them were his friends and enjoyed helping them out. He worked for various construction companies, such as A.L. Blades, Cipriano Brothers, S.J. Groves to name a few. His work took him all over the State of New York, from all points North, South, East and West. He genuinely loved playing with his big toys in the dirt. Earthwork and roadways were his passion. He was a member of the St. Joseph’s Church and an active member of the Parish Council and Maintenance Committee. He was also a member of Local 832 Operating Engineers since 1952. In 1979 he retired from construction and formed R.J. Carney and Sons Construction and shortly there after purchased his beloved 18 wheeler dump truck in which he name “Hon-Bun”. In 1985 he became Town of Wayland’s Highway Superintendent until his retirement. He is a former member of the St. Joseph’s Folk Group, Waylandaires and was a long time member of the Wayland Lion’s Club, Springwater Rod & Gun Club and the Dansville Moose Club. Dick enjoyed playing cards, dancing, company clam bakes, singing, fishing, doing puzzles and decorating Christmas cookies. He especially loved eating out during lent and having wonderful fish-fries either at the Moose Club or Blue Goose. But one of the best things he enjoyed most of all was spending time with his family and many friends. His hobbies included mowing lawns for his family members, friends and neighbors after he and his wife Betty moved to Florida in which they resided for over 25 years; and then again when they moved to Virginia over 8 years ago. He also loved to tinker with mechanical equipment especially small engines. He had a way to make them useful again. He had a wonder personality; a way of making friends and loved meeting new people. His smile was infectious and always woke up on the positive side of the day. He also had many nick names and answered to all of them: Richard, Dirk, Pops, GPA, Grandpa, Gramps, Dad & Daddy. Sometimes he answered to names a little more colorful especially when he was not doing what Momma wanted him to do. He was loved and will always be cherished by his family. At Dick’s request, a private ceremony will be held at a later date. Contributions can be made in memory of Richard J. (Dick) Carney to the Vincent House, 310 Second Avenue, Wayland, NY 14572

A Memorial Tree was planted for Richard
We are deeply sorry for your loss ~ the staff at St. George Stanton Funeral Home
Join in honoring their life - plant a memorial tree
Online Memory & Photo Sharing Event
Online Event
About this Event