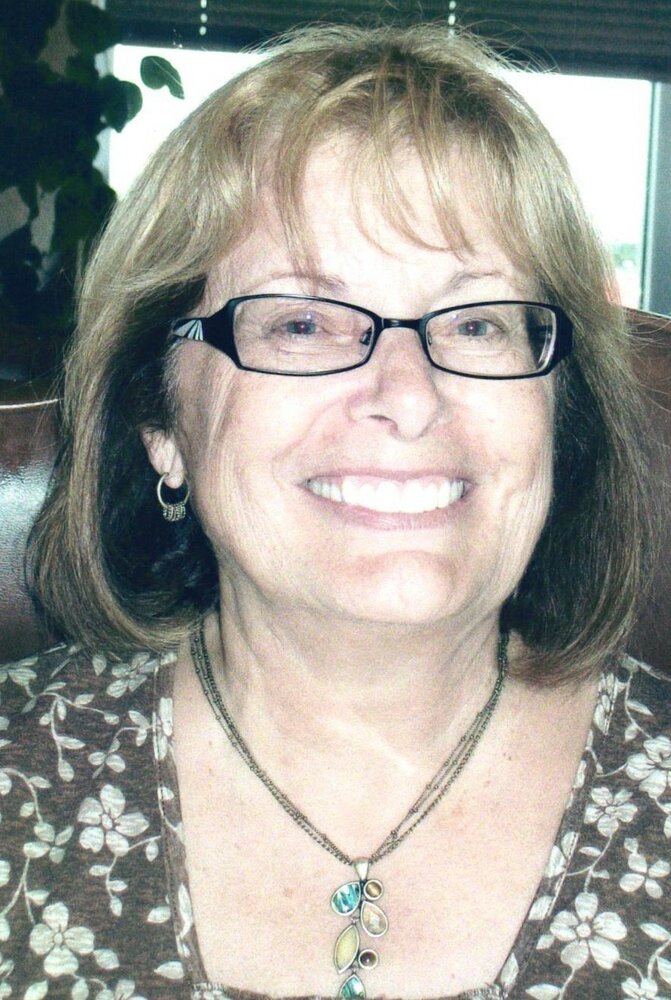 Please share a memory of G. to include in a keepsake book for family and friends.
View Tribute Book
Wayland – G. June Applin, 80 years of age, passed away early Sunday morning, February 13, 2022 at her home in Wayland. June was born June 5, 1941 in Rochester the daughter of Joseph and Concetina (Coriddi) Migliore. She grew up in the Webster/Rochester areas and graduated from Madison High School in Rochester in 1959. June moved to Wayland in the early 1971’s and has remained there ever since. June and Chris Applin were married October 26, 1985 and together have celebrated over 36 years of marriage. Her employment spanned a few different areas throughout her life. June started out at Kodak in the electronics assembly department and then she attended college for Computer Graphics Design. She then began a career with many of the local newspapers creating advertisements and reporting the news. June also enjoyed 5 years at Wayland-Cohocton Central School as a one on one aid for special needs children. She then returned to graphic design and worked at Accent Printing for several years. June’s faith was very important to her. She was a communicant of Holy Family Catholic Community; a former member of the Rosary Society; and was always volunteering at St. Joseph’s Church and St. Joseph’s School (especially the festival). June was very active as a volunteer in the community. She was the secretary for the Wayland Town Board of Appeals; member of the Board of Assessment Review; an Elections Inspector; and a volunteer for the American Red Cross. She loved being busy! Hobbies other than volunteering included knitting; crocheting; making jewelry and wreaths; and gardening. She was a master craft’s woman and affectionately known as a “June of all trades!” June was pre-deceased by her parents, Joseph and Concetina Migliore; and her brother Joseph Migliori. She is survived by her husband, Chris Applin of Wayland; her children, Roxanne Simeone of Wayland; Rita Simeone of Dansville and Brian (Phyllis) Applin of Groveland; her grandchildren, Angelina (Jeremy) Pifer of Wayland, Michael Downey of Buffalo, Maria Downey of Livonia, Kirstyn Applin of Perry, Katie Applin and Bryce Applin, both of Groveland; her great-grandchildren, Dominick, Bradley, Jack, Taylor, Austin and Colby; her siblings, Theresa McCummings of NC, Thomas (Sandi) Migliori of FL and Christopher (Roni) Migliori of Rochester; along with several nieces, nephews and numerous other family members and friends. June’s family and friends may call Thursday February 17, 2022 from 4-7pm at St. George-Forsythe Funeral Home, 109 West Naples St., Wayland. A Mass of Christian Burial will be celebrated for June at 11am Friday February 18, 2022 at St. Joseph’s Church, 206 Fremont St. Wayland. Committal prayers and interment will be at Wayland Village Cemetery immediately following. The Mass will be available live stream at https://youtu.be/wZ3M7yWkdDY Contributions in memory of June Applin may be made to the Vincent House, 310 Second Ave..Wayland NY 14572.

Share Your Memory of
G.
Upload Your Memory View All Memories
Be the first to upload a memory!
Share A Memory
Send Flowers
Plant a Tree