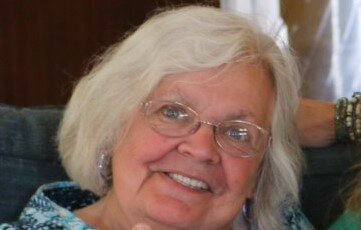 Please share a memory of Janet to include in a keepsake book for family and friends.
View Tribute Book
Springwater – Janet L. Downie, 77 years of age, passed away at St. John’s Home in Rochester. Janet was born September 30, 1944 in Potsdam the daughter of Ernest and Althea (Curtis) Longuil. She grew up in Brasher Falls, NY and graduated from high school there. Janet then attended St. Lawrence University and earned her Bachelor of Science Degree in nursing. During her training in New York City, Janet met William Downie and they were married May 3, 1964 in Elkton, MD. Janet and Bill celebrated over 39 years of marriage prior to Bill passing away June 1, 2004. They resided in NYC for a few years and then moved to the Springwater area in the mid 1970’s and she has resided there ever since. Janet’s entire career was as a registered nurse at both Elmhurst Hospital in New York City and many many years at Noyes Memorial Hospital in Dansville. Her hobbies were many! She enjoyed gardening; reading; cooking (albeit always cooking 40 times more food than necessary); her cooking was also mostly done from scratch – she was a master! She also loved socializing; hosting annual-famous July 4th and Christmas parties. Janet also had a love for animals and had many pets throughout the years. Janet was pre-deceased by her parents, Ernest and Althea Longuil; her husband, Bill Downie; and siblings, Donald, Evelyn, Robert, Ernie and Irene. She is survived by her son William Downie of Sydney, Australia and her daughter Corey (Douglas) Naab of North Chili; her grandchildren, Spencer and Parker Naab; her brother, Richard (Lita) Longuil of Brasher Falls; along with nieces and nephews. Janet’s family and friends may call Sunday February 27, 2022 from 1-3pm at St. George-Forsythe Funeral Home, 109 West Naples St., Wayland. Janet’s funeral service will be Monday February 28, 2022 at 11am at the funeral home. Committal and interment will take place immediately following at Mt. Vernon Evergreen Cemetery in Springwater. Contributions in memory of Janet L. Downie may be made to the Hornell Humane Society, 7649 Industrial Park Rd., Hornell, NY 14843 or to the Vincent House, 310 Second Ave., Wayland, NY 14572

Private and at the convenience of Janet's family

Share Your Memory of
Janet
Upload Your Memory View All Memories
Be the first to upload a memory!
Share A Memory
Send Flowers
Plant a Tree