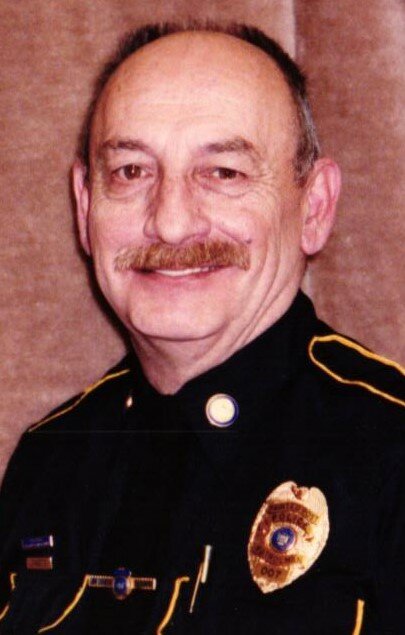 Please share a memory of James to include in a keepsake book for family and friends.
View Tribute Book
Wayland – Campbell – James F. Ruscitto,”Boogum” - 86 years of age, passed away unexpectedly Monday March 7, 2022 at Guthrie Hospital in Corning. Jim was born September 14, 1935 in Syracuse, the son of Francesco and Sarah (Jayne) Ruscitto. Jim and his family moved to the Wayland area when he was very young. He attended St. Joseph’s School and graduated from Wayland Central School in 1954. While a junior in high school he enlisted in the 27th Recon Company of the NYS National Guard. In Jim’s senior year he joined the Wayland Hose Company and was active in the Fire Department until he moved to Corning in 1981. While in the fire department Jim served as First Assistant Chief for 2 Chiefs and for a short time as Chief. In 1979 Jim was selected as Steuben County Fireman of the year for saving two teenagers from a house fire. In 1955 Jim enlisted in the United States Air Force and served for 8 years. Upon his honorable discharge, Jim enlisted in the United States Army Reserves and retired from the reserves in 1995 with a total of 32 years of military service with a rank of Sergeant Major. Jim was a Wayland Police Officer for 14 years, 2 years as a town of Hornellsville Police Officer, and finally for the Painted Post Police Department, retiring in 1995. In 1970 Jim became a member of the Wayland American Legion Post 402, serving as Vice President of Membership, earning a certificate from National American Legion Headquarters for improving membership over 100%. In addition to Jim’s many civic commitments, some of his hobbies throughout the years included hunting, fishing, woodworking, and owning and operating a concrete statue store. Jim also loved his scratch off lottery tickets! Jim was pre-deceased by his parents; Francesco and Sarah Ruscitto; a son, James Jr.; a daughter, Tina; his siblings; Patricia Warren and Charles Ruscitto; a grandson, Benjamin Snyder, and a great-granddaughter, Madison Allen. He is survived by his wife, Kay (McKenna) Ruscitto of Campbell; his children, Cindy (Robert) Hammond of Bath, John Ruscitto of Springwater, Diane (Scott) Lodge of Summerville, SC, James III (Linda) Ruscitto of Wayland and Amy Ruscitto of Victor; his step-son Rick Smith (Bryan Snyder) of Horseheads; 14 grandchildren; 15 great-grandchildren; 3 great-great-grandchildren; and his niece, Charlene Ryan of Avoca. Jim’s family and friends may call Saturday March 12, 2022 from 11am – 2pm at St. George-Forsythe Funeral Home, 109 West Naples St., Wayland. Jim’s funeral service will be Saturday at 2pm at the funeral home. Committal prayers, military honors and interment will take place immediately following at St. Joseph’s Cemetery in Wayland. Contributions in memory of James F. Ruscitto may be made to the Wayland Fire Department, 14 East Naples St., Wayland, NY 14572 or to the Campbell Fire Department, 4795 Church St., Campbell, NY 14821.