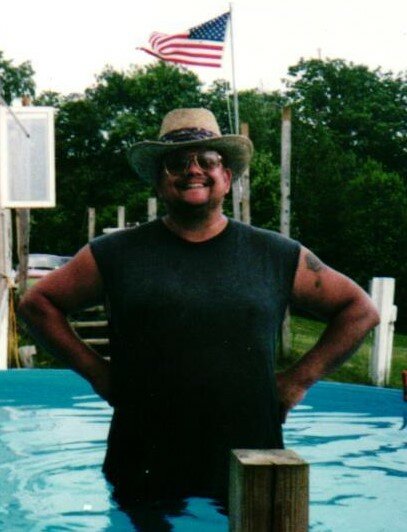 Please share a memory of Norman to include in a keepsake book for family and friends.
View Tribute Book
Wayland – Norman Timothy Schoening, “Tim” – 60 years of age, passed away late Sunday night, March 20, 2022. Tim was born September 4, 1961 in Fort Atkinson, WI the son of James and Arlene (Moore) Schoening. He grew up in Wisconsin and after high school Tim served his country in the United States Army. Tim and Nancy Stark were married January 9, 1984 and resided in Germany for three years. Returning to the United States, Tim and Nancy resided in Massachusetts and in December of 1999 they moved to Springwater and have resided there ever since. Tim was a CNA for the Veteran’s Administration in Bath for several years and upon retiring from that, he became a home health aide. Tim was an avid fisherman on Honeoye and Canadice Lakes and “loved” his pets. Throughout their marriage, Tim and Nancy have had 13 cats, 10 dogs; and he loved them all! Tim was pre-deceased by his parents, James and Arlene Schoening and his in laws, Dudley and Harriet Stark. He is survived by his wife of 38 years, Nancy Lee Schoening of Springwater; his brothers in law, Greg Stark of Rochester and Dudley Stark of London, England; his sisters in law, Susan Stark of Ontario, NY and Linda (Dan) Karnisky of Pike; along with nieces, nephews, other extended family members; and not to be forgotten his dog Simon and cat Rodney! Per Tim’s request there will be no services. Memorial contributions for Norman Timothy Schoening mey be made to Livingston County Hospice, 2 Murray Hill Dr., Mt. Morris, NY 14510 or to any animal rescue organization.

A Memorial Tree was planted for Norman
We are deeply sorry for your loss ~ the staff at St. George Stanton Funeral Home
Join in honoring their life - plant a memorial tree
Online Memory & Photo Sharing Event
Online Event
About this Event

Share Your Memory of
Norman
Upload Your Memory View All Memories
Be the first to upload a memory!
Share A Memory
Send Flowers
Plant a Tree