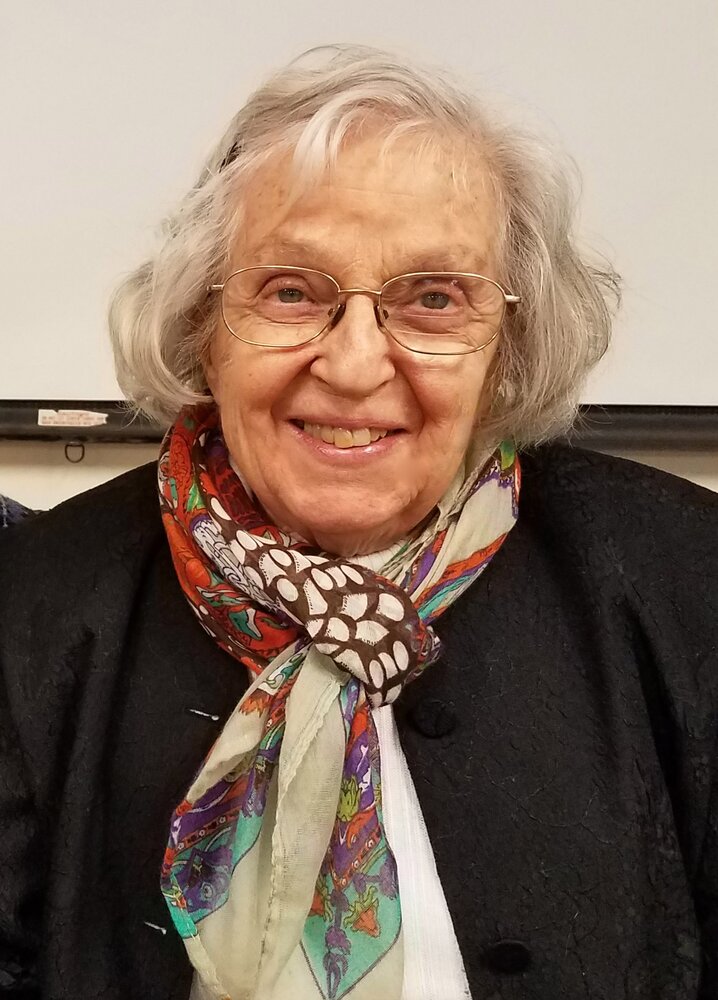 Please share a memory of Anita to include in a keepsake book for family and friends.
View Tribute Book
Wayland – Anita J. (Brooks) Bennett, 91 years of age, passed away Thursday April 14, 2022 at Strong Memorial Hospital in Rochester. Anita was born September 7, 1930 in New Berlin, NY the daughter of Mortimer W. and Florence M. (Boyce) Brooks. She grew up on Great Brook Rd. in South New Berlin, NY and in her early years resided in Rochester, Binghamton, Ohio, and Schenectady. In Feb. of 1953, Anita moved to Wayland and has resided there ever since. Anita graduated from South New Berlin High School in 1947. In the fall of 1947 enrolled at the University of Rochester School of Nursing then into the Liberal Arts program for a term. In 1975 Anita graduated from SUNY Geneseo with a Bachelor’s in Elementary Education specializing in Early Child Education. Anita and Guy Bennett Jr. were married February 3, 1951 in South New Berlin, NY and together have celebrated over 71 years of marriage. Together they raised 3 children, Guy Brooks, Joanne, and James. Anita worked at the Wayland Free Library for many years and along with that she was the bookkeeper for Bennett’s Buick in Wayland,( one of the oldest and longest running family Buick dealerships in the United States) for 21 years retiring on January 1, 1996. Anita’s hobbies were many. She was a collector of; thimbles, ducks, and hats; she loved to sew, watch the birds, ride her John Deere lawn mower and tending to her flower and vegetable gardens. She also took great pleasure with reading and photography. Anita was also involved with many organizations. She was the treasurer for the Buick Car Club of America Finger Lakes Chapter for many years and was the treasurer on the first board of directors for the Wayland Historical Society. Anita was proud of her efforts of organizing and proofreading the history of the Bennett family and dealership in her husband’s upcoming book I Never Met A Buick I Didn’t Like. In addition to all of this and most important, Anita was a beloved housewife, homemaker, mother, and grandmother. She will be dearly missed. Anita was pre-deceased by her parents, Mortimer and Florence Brooks; her brothers, William Brooks, Jerry Brooks and his wife Lena, Fred Brooks and David Brooks; her brothers in law, Edward Thomsen, Bud Brownell and Wayne Vagneur. She is survived by her loving husband of 71 years, Guy Bennett Jr. of Wayland; her children, Guy Brooks (Heidi) of Wayland; Joanne Bennett of Wayland; and James (Barbara) Bennett of Wayland; her grandchildren, Kristin (Walter) Conway of CO, Brooke (John) Balbuena of CO, Samantha Bennett of Wayland, Zachary Bennett of Wayland, Ryan (Katrina) Bennett of CO and Elyse Bennett of Williamsburg, VA; her step-grandchildren, Cindy (Brian) Sick, Erika (Andrew) Thornton and Samantha (Kyle) Mott; 7 step great-grandchildren; her sisters, Lois Brooks Brownell Vagneur of CO and Esther “Kay” Thomsen of South New Berlin, NY; her sisters-in-law Barbara Brooks of South New Berlin, NY and Sandra Brooks of Unadilla, NY; along with several nieces and nephews. Anita’s family and friends may call Thursday April 21, 2022 from 4-7pm at St. George-Forsythe Funeral Home, 109 West Naples St., Wayland. Anita’s funeral service will be Friday April 22, 2022 at 11am at the Springwater Church of the Nazarene. Committal prayers and interment will take place immediately following at Wayland Village Cemetery. Contributions in memory of Anita J. (Brooks) Bennett may be made to the Guy B. Bennett Memorial Science Award, c/o Wayland-Cohocton Central School, 2350 Rte. 63, Wayland, NY 14572 or to the Wayland Historical Society, P.O. Box 494., Wayland, NY 14572 or to the Springwater Wayland EMS, 7 South Lackawanna St., Wayland, NY 14572.

Share Your Memory of
Anita
Upload Your Memory View All Memories
Be the first to upload a memory!
Share A Memory
Send Flowers
Plant a Tree