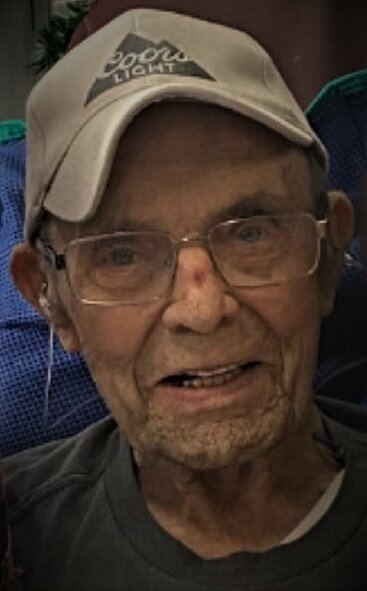 Please share a memory of Donald to include in a keepsake book for family and friends.
View Tribute Book
Cohocton – Donald R. Snyder, 94 years of age, passed away early Friday morning, May 6, 2022 at the Livingston County Center for Nursing and Rehabilitation in Mt. Morris. Don was born September 8, 1927 in Atlanta the son of Raymond and Florence (Avery) Snyder. Don was a World War II Veteran, serving his country in the United States Army from December 18, 1945 until his honorable discharge February 28, 1947. Don and Helen Scorsone were married June 25, 1949 in North Cohocton and together celebrated over 71 years of marriage prior to Helen passing away May 6, 2020. They resided in a couple different areas early on including Hornell and Naples; however, most of their entire time together they lived in Cohocton. Don began working for the creamery in Cohocton and began a career there that lasted for over 50 years. Don’s hobbies were many as he enjoyed fishing, riding motorcycle (especially Harley Davidson), deer hunting, woodworking and carpentry, and he was an excellent trap shooter. The Cohocton American Legion Post #805 was a true joy for Don. He was very active throughout the years and helped make it what it is today. Don was pre-deceased by his parents, Raymond and Florence Snyder; his wife of over 71 years, Helen Snyder; his siblings, Irvin (Betty) Snyder and Jean Orlando. He is survived by his children, David (Kathy) Snyder of Wayland, Sharon (Larry) Mitchell of Wayland and Marcia (Norbert) Huber of Perkinsville; his grandchildren, Bryan (Wendi) Snyder of Wayland, Cristie (Tim) Onder of MD, Joshua Huber of Perkinsville and Nicole (Dylan) Loper of Wayland; his great grandchildren, Cole, Neyla and Brooklynn; his siblings, Raymond “Butch”, Joan, Joyce and Judy; and many nieces, nephews and extended family members. A private viewing and funeral service will take place for Don at the St. George-Forsythe Funeral Home in Wayland. Military honors and interment will take place at Mapleview Cemetery in Cohocton. Contributions in memory of Donald R. Snyder may be made to the Cohocton American Legion Post #805, 6 Wilcox St., Cohocton, NY 14826.