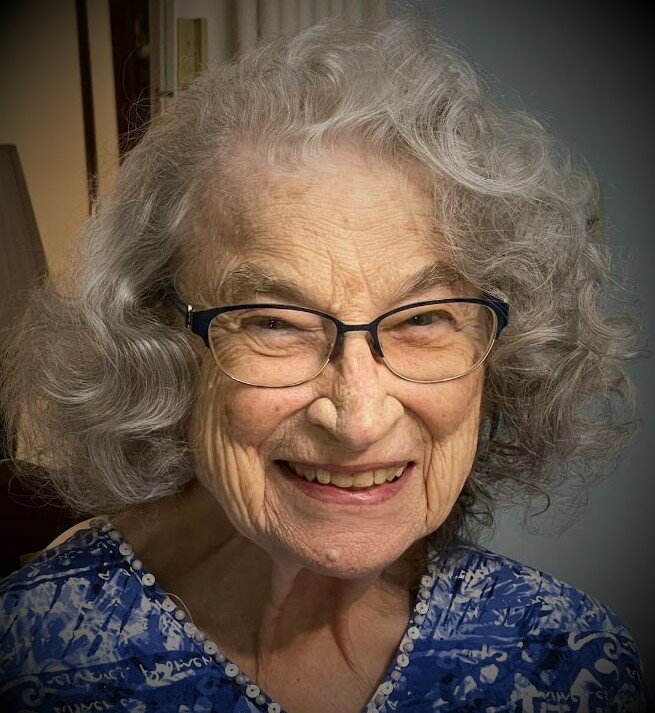 Please share a memory of Jane to include in a keepsake book for family and friends.
View Tribute Book
Wayland – Jane E. (Bartz) Moder Mehlenbacher – 93 years of age, passed away Thursday morning May 12, 2022 at Elderwood Healthcare Facility in Hornell. Jane was born January 17, 1929 in Wayland the daughter of Ernest and Laura (Cook) Bartz. She grew up in Wayland and graduated from Wayland Central School. Jane then went on to earn her Bachelor’s Degree in Elementary Education at SUNY Geneseo and a Master’s Degree in Elementary Education from the University of Rochester. She began her kindergarten teaching career at Dansville Central school and that is where she met William Moder. They were married June 25, 1955 and celebrated over 40 years of marriage prior to Bill passing away in October of 1995. Their career took them to Long Island where they both worked for the school system there until their retirement. Retirement brought them back to Wayland and that is where Jane has remained for the majority of the time. Jane and Walter Mehlenbacher were married in 2001 and together celebrated over 15 years together prior to Walter passing away in November of 2016. Jane’s hobbies were many! She enjoyed bowling; painting; playing and teaching the piano; gardening and horticulture; cooking; collecting Hummel’s; sewing; loved dancing; kittens and cats and travelling all over the world. Her greatest joy though was children as evidenced by her many years of teaching kindergarden and caring for hundreds of children. Jane was a wonderful caregiver as well and was active in many local community organizations wherever she lived. Jane was pre-deceased by her parents, Ernest and Laura Bartz; her first husband, William Moder; her second husband, Walter Mehlenbacher; and her brother and his wife, Harry and Betty Bartz. She is survived by her niece Marcy (Jim) Travis of Prattsburgh and her nephew Bill Bartz of Bath; her great nieces, Amber (Cory) MacPherson of Prattsburgh, Jaimie (Will) Hale of Williamson and Christina (Travis) Payne of Campbell; their children, Braden, Lilyana, Logan, Jackson and Autumn; along with several step-children, Garth Mehlenbacher, Shawn Mehlenbacher, Kim Mehlenbacher, Than Mehlenbacher, and Loy Neutz, and their families. Jane’s family and friends may call May 21, 2022 from 10-11am at St. George-Forsythe Funeral Home, 109 West Naples St., Wayland. Jane’s funeral service will take place immediately following at 11am at the funeral home. Committal prayers and interment will follow at the Wayland Village Cemetery. Contributions in memory of Jane E. Moder Mehlenbacher may be made to St. Jude’s Children Hospital, 501 St. Jude Place Memphis, TN 38105.

Share Your Memory of
Jane
Upload Your Memory View All Memories
Be the first to upload a memory!
Share A Memory
Send Flowers
Plant a Tree