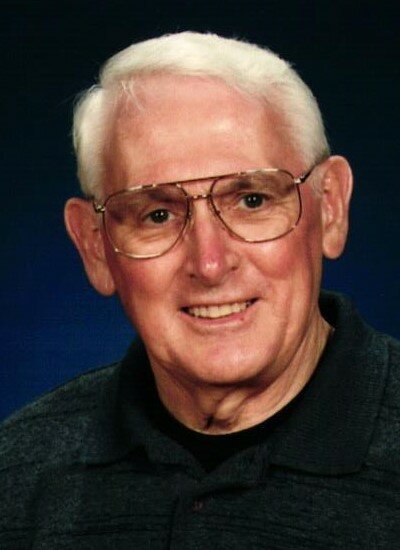 Please share a memory of Lawrence to include in a keepsake book for family and friends.
View Tribute Book
Wayland – Lawrence G. “Flub” Mitchell, 82 years of age, passed away early Friday morning June 10, 2022 at his home. Larry was born August 2, 1939 in Wayland the son of Glenn and Loretta (Pfuntner) Mitchell. He grew up in Wayland, graduated from St. Joseph’s School and Wayland Central School. Larry also resided in Rochester and Rush for many years prior to returning to the Wayland area in 1982 and settled on Loon Lake in 1985. Larry and Sharon Snyder were married October 29, 1983 and together have celebrated over 38 years together. Larry was a tool and die maker at Delco in Rochester for over 25 years. He also served his country in the United States Army Reserves from 1957 until 1964. Larry was an avid trap and skeet shooter excelling at both! He loved hunting, fishing and was a member of the NCA Club and the Perkinsville and Springwater Rod and Gun Clubs. He was also a master at repairing guns. Larry was a NASCAR fan with Dale Earnhardt Sr. his favorite. He was a founding member of the local St. Vincent DePaul Society and a member of the Cohocton American Legion. Larry was pre-deceased by his parents, Glenn and Loretta Mitchell; his brothers and their wives, Bill (Betty) Mitchell, Bob (Kate) Mitchell, Leo (Grace) Mitchell and Jim Mitchell. He is survived by his wife Sharon Mitchell of Wayland; his children, Dale Mitchell (Laurie Bianchi) of Henrietta, Christine (Dan) Pratt of Scottsville and Kelly Mitchell of Scottsville; his grandchildren, Karan (Tyler) Bishop, Jacob (Leah) Bianchi and Daniel Jr. (Samantha) Pratt; 5 great-grandchildren, Donovan, James, Dante, Aubrey and Avery; his siblings, Don Mitchell of Dansville and Rita Johnson of CA; his brothers and sisters in law, David (Kathy) Snyder of Wayland and Marcia (Norbert) Huber of Perkinsville; along with several nieces and nephews. Larry’s family and friends may call Wednesday June 15, 2022 from 4-7pm at St. George-Forsythe Funeral Home in Wayland. A Mass of Christian Burial will be celebrated Thursday June 16, 2022 at 10am at St. Joseph’s Church, 206 Fremont St., Wayland. Committal prayers and interment will take place immediately following at St. Joseph’s Cemetery in Wayland. Contributions in memory of Lawrence G. Mitchell may be made to the Vincent House, 310 Second Ave., Wayland, NY 14572 or to the St. Vincent DePaul Society, 206 Fremont St., Wayland, NY 14572.

Share Your Memory of
Lawrence
Upload Your Memory View All Memories
Be the first to upload a memory!
Share A Memory
Send Flowers
Plant a Tree