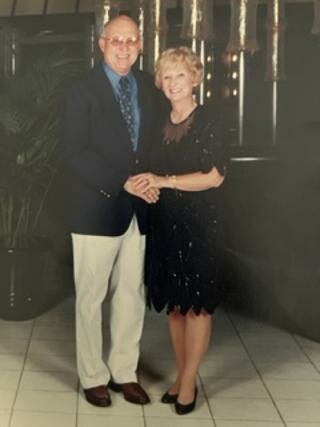 Please share a memory of Marilyn to include in a keepsake book for family and friends.
View Tribute Book
Dansville – Marilyn J. Rauber, 86 years of age, passed away January 25, 2021 in Columbia, SC where she had resided for the past few years. Marilyn was born January 15, 1935 in Dansville the daughter of John and Mary (Recktenwald) Wagner. She graduated from Grammar School in Corning, NY, from Jr. High School in Kenmore, NY, and as a senior from West High School in Cleveland, OH. Marilyn and Joseph G. “Jerry” Rauber were married January 14, 1956 at St. Mary’s Church in Dansville. Together they celebrated over 56 years together prior to Jerry passing away in February of 2012. Marilyn was a dedicated wife and mother along with being active in the community. Marilyn and Jerry were instrumental with the development and production of the Dogwood Festival and the Jackson Hose Fire Co. “Octoberfest” which grew to become the NYS Festival of Balloons. Arts and crafts were also a hobby of Marilyn’s throughout the years. Marilyn was pre-deceased by her parents, John and Mary Wagner; her husband Joseph “Jerry” Rauber; her sister, Elizabeth “Betty” Wagner and her brother Jack Wagner. She is survived by her children, Denise (Steve) Smyder, Judith (Jay) Hart, Karen Koch and Steven Rauber; her brother, Donald (Sue) Wagner, her sister, Sandra (Jay) Griffith; and her dear cousin, Sallie (John) Della Villa; numerous grandchildren, Tiffany Colon, Corey Strick, Kyle Buck, Dylan Hart, Austin Baker, Ashlyn Rauber and Kohl Rauber; along with many great-grandchildren, nieces and nephews. Marilyn will be laid to rest at the convenience of her family this week at Old St. Joseph’s Cemetery in Wayland. Memorial contributions in memory of Marilyn J. Rauber may be made to a charity of your choice.

Share Your Memory of
Marilyn
Upload Your Memory View All Memories
Be the first to upload a memory!
Share A Memory
Send Flowers
Plant a Tree