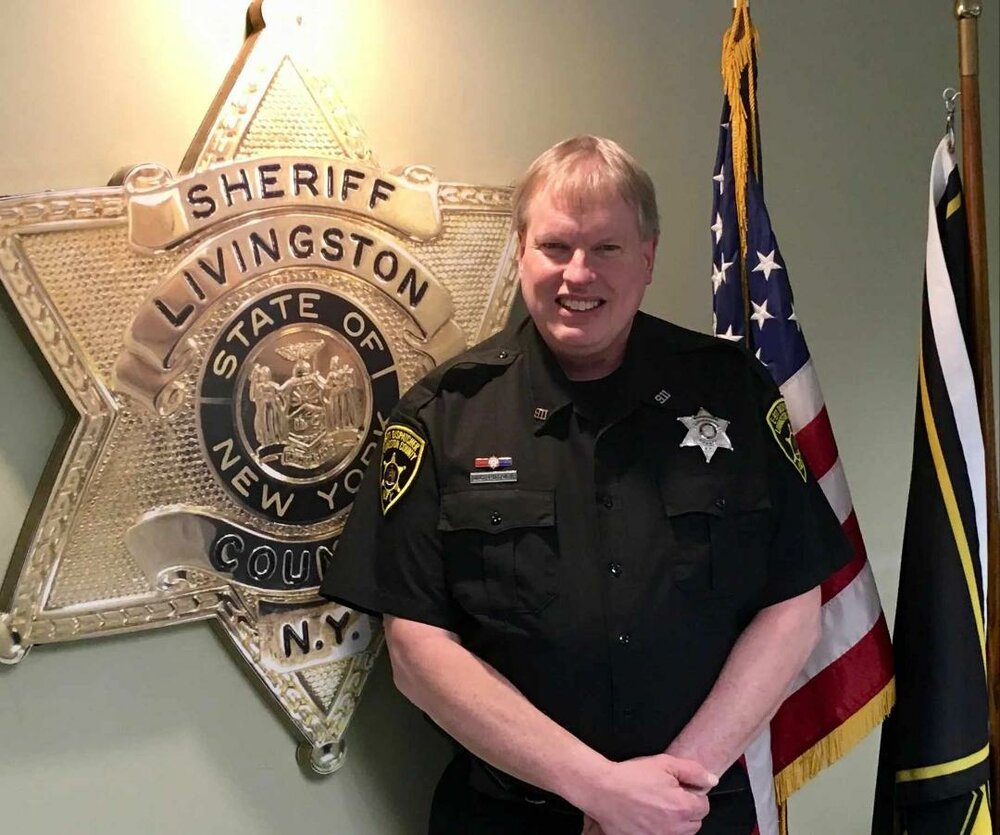 Please share a memory of James to include in a keepsake book for family and friends.
View Tribute Book
DANSVILLE: James C. “Jim” Putney age 61 of Dansville died Sunday August 28, 2022 at Noyes Memorial Hospital in Dansville, after being stricken at home. Jim was born June 9, 1961 the son of the late Clifford and Joanne (Smith) Putney of whom he is survived by. Jim was a 1979 graduate of Dansville Central School and later went on to graduate from SUNY GENESEO where he received his Bachelor’s Degree. Jim has been employed as a Dispatcher for the Livingston County Sheriff’s Office 911 Center in Geneseo for many years. He was previously employed as a Dispatcher for the Village of Dansville Police Dept. and Fire Dept. prior to moving to the 911 Center. He also worked and managed the B&B Liquor Store in Dansville for several years. He was a member of the Union Hose Co. No. 1 joining the company in 1979 where he has served as treasurer for over 30 years, and was very active with the Union Hose Co. Tractor Pulls. He was also a member of the Dansville Fire Dept., Inc. where he served as Secretary for many years. He also served with the Dansville Ambulance Company for many years. Jim was a lifelong avid Buffalo Bills fan and season ticket holder for well over 30 years. Jim enjoyed many different sporting events, and enjoyed the game of golf. Jim was well respected as a caring and compassionate person who cared about the community and always had a smile. He was also an avid Disney lover and took many trips down to Florida. Jim was predeceased by his father Clifford G. Putney in 1993, his brother Walter J. Putney in 2021 and his sister-in-law Roxanne (MacDonald) Putney in 1988. He is survived by his children; Audrey Putney (Brad Farfaglia) of Depew, his sons; Jason Putney and his fiancee Rachel Boruszewski of Buffalo and Jeffery Putney of Nunda; his mother; Joanne Putney of Dansville; a brother; Tom (Sue) Putney of Clarence, NY, his nieces and nephew; Elizabeth, Jack, and Melissa Putney all of Clarence; and several cousins. A time of reflection and sharing memories of Jim will be held at a "Celebration of Life" on Thursday September 1, 2022 from 4-8pm at the Union Hose Co. No. 1 Reception Hall located at 66 Elizabeth Street in Dansville. The family requests that all who attend to wear comfortable, casual or Buffalo Bills attire. In lieu of flowers, memorial contributions may be made to the Union Hose Co. No. 1, PO Box 84, Dansville, NY 14437 or the Dansville Fire Dept. Inc., PO Box 401 Dansville, NY 14437.