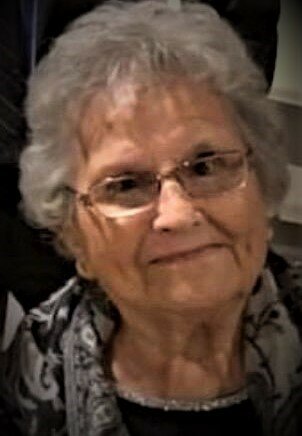 Please share a memory of Maureen to include in a keepsake book for family and friends.
View Tribute Book
Cohocton – Maureen D. Wolcott, 91 years of age, passed away early Saturday evening December 3, 2022 at her home in Cohocton. Maureen was born March 25, 1931 in Brooklyn, NY the daughter of Samuel G. Burke III and Dorothy (Fegan). The first few years of her life she lived in Hicksville and Wading River on Long Island. When Maureen was 9 her family moved to Cohocton. She was a 1948 graduate of Cohocton Central School and attended nursing school in Rochester. Maureen and Charles Wolcott were married April 21, 1951 and together they celebrated over 55 years of marriage. They resided in Atlanta for a couple of years and in January of 1955 they moved to the family farm, Lent Hill Dairy Farm, where she lived the rest of her years. Motherhood was first and foremost for her as she was a devoted and dedicated mother to her five children and grandmother to all of her grandchildren. Family was paramount to her and she often said she was so blessed to have such a special family. Sunday dinners every week for many many years and holidays were staples for Maureen and her family. She was a business partner, owner and operator of Lent Hill Dairy Farms from the day she was married until she passed away Saturday evening. Maureen had a dedication and commitment to their farm that was unmatched. She loved the operation of the farm and spearheaded many innovative and progressive changes that have propelled the farm to what it is today. It is internationally and nationally recognized as a first-class farm. Maureen and her family have hosted many international tours so others can capitalize on and improve their facilities. Busloads of children have also toured the farm to have the correct vision of what farming is, (and to have Oreos and milk!) Maureen’s love, respect, dedication and commitment to her family and farm have been her legacy that will live forever. For 26 years, Maureen worked as a unit ward clerk at Noyes Hospital. She also had a strong sense of civic duty. She was a board member of Tri County, Noyes Memorial Hospital and the Noyes Foundation. She was a past Town of Cohocton Supervisor as well. Politics were very important to her as well. She sponsored and supported many candidates and elected officials at the farm to help however she could. In addition, she enjoyed playing cards in the Bridge Club; quilting and she loved to shop. Maureen was pre-deceased by her parents, Samuel G. III and Dorothy Burke; her husband, Charles Wolcott; her siblings, Walter Burke, Agnes Burke, William Burke, Joan (Luther) Veeder, Margaret (Paul) Hogan and Samuel G. Burke IV (Olive); her brothers in law Roger (Linda) Wolcott and Bernard Belanger. She is survived by her children, Bunny (Carl) Risley of Cameron Mills, Paul (Diane) Wolcott of Cohocton, Barbara (Tim) Napper of Saranac, NY, Mark Wolcott of Cohocton, and Eileen (Bob) Feinman of Cohocton; her grandchildren, Chris (Jeanne) Rounsville, Kim Rounsville, Benjamin (Kathy) Wolcott, Elizabeth (Justin) Reed, Sarah (Benjamin) Andrews, Erin Napper, Ellie (Chris) DeAngelis, Emily (Wes) Horth, Kelsey (Marcus) Springer, Michael, Kayden and C. Matthew Feinman and Charley Markle-Wolcott; her great grandchildren, Megan, Amber, Kyle, Kassandra, Noah, Christian, Luke, Aubrey, Harper, Jeremiah, Jacob, Joseph and Will; several great great-grandchildren; her siblings, Patricia (Bob) Dwyer of Arkport, Sara Belanger of Florida, James (Lucy) Burke of Wayland, Ellen (John) Raymond of Florida and Tim (Sally) Burke of Marshfield, MA; many many nieces and nephews; and her special caregiver that became very close to Maureen, Solangel Estrella. Marueen’s family and friends may call Tuesday and Wednesday from 4-7pm at St. George-Forsythe Funeral Home, 109 West Naples St., Wayland. A Mass of Christian Burial will be celebrated for Maureen on Thursday December 8, 2022 at 10am at St. Pius Church in Cohocton. Committal prayer and interment will take place immediately following at St. Pius Cemetery behind the church. Contributions in memory of Maureen D. Wolcott may be made to The Holroyd Intensive Care Unit, c/o Noyes Memorial Hospital, 111 Clara Barton St., Dansville, NY 14437.

Share Your Memory of
Maureen
Upload Your Memory View All Memories
Be the first to upload a memory!
Share A Memory
Send Flowers
Plant a Tree