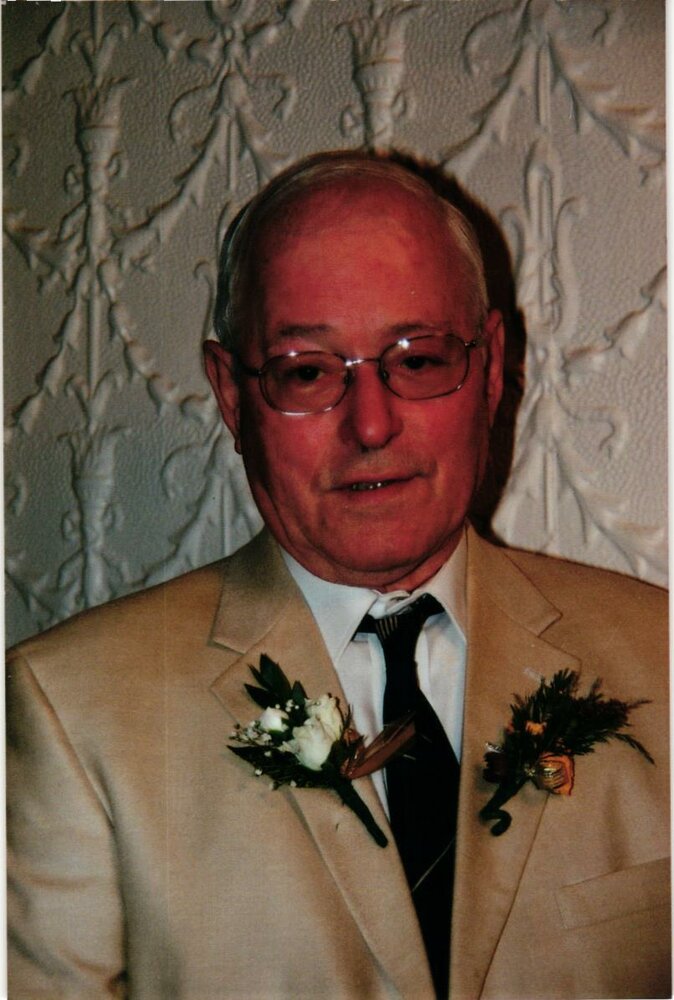 Please share a memory of Wayne to include in a keepsake book for family and friends.
View Tribute Book
Atlanta – Wayne R. Hunt, 81 years of age, passed away Sunday morning, December 25, 2022 at the Vincent House in Wayland. Wayne was born March 28, 1941 in Wayland the son of Howard and Margaret (Bricks) Hunt. He grew up in Wayland and was a 1958 graduate of Wayland Central School. He attended Alfred State and then began a 30 year career with the Coca Cola Company in Dansville. After retirement from Coca Cola, he worked at McDonald’s for a short time (he loved it there!); and then began a 20 year career at Rogers and Tenbrook in both Wayland and Dansville. When he retired from there, he worked for the Loon Lake Association and harvested the weeds for 6 years. Wayne and Patricia Cowley were married September 26, 1959 at St. Paul’s Church in Wayland. Together they have celebrated over 63 years of marriage. Wayne and Pat have lived in a few different areas, including, Wayland, Perkinsville, Dansville and settled in Atlanta in 1962. Wayne’s hobbies and civic duties were numerous. He was a member of and Paul Harris Fellow of the Wayland Rotary Club and was instrumental in the Wayland Potato Festival. He was also member of the local Republican Party and a Cohocton Town Board member for many years. A handyman, jack of all trades and very hardworking man! Reading, camping and woodworking were also favorites of his. Wayne was an avid collector of Coca Cola collectibles and paraphernalia and belonged to the Coca Cola Collectors Club. He was also a beloved pet lover throughout his life. Wayne was pre-deceased by his parents, Howard and Margaret Hunt; his granddaughter, Rachael VanCaeseele; his infant siblings, Norbert and Dawn Hunt; his brothers in law, Jack Conrad, Donald Zeh, Edward Charnock, Bernard Yohon and Terry Cowley (Terry passed away hours after Wayne); and his lifelong dear friends Ed and Betty Garrigues. Wayne is survived by his wife of 63 years Patricia Hunt of Atlanta; his children, Kimberly Hunt of Livonia, Michelle Jones of Horseheads, Jennifer Hunt of Wayland, Lorraine Hunt of St. Johnsville, NY and David (Debbie) Hunt of Cohocton; 8 grandchildren; 6 great grandchildren; his siblings, Bonnie (Robert) Hughes of Wayland, Ann (Robert) Oxx of Wayland, Jeannette Conrad of Perkinsville, Kathy (Ted) Sears of Wolcott, Onlee Zeh of Cohocton, Leslie (Jeanne) Hunt of Wayland and Robert (Sue) Hunt of Loon Lake; brothers and sisters in law, Charles (Barbara) Cowley of Canandaigua, Kathleen Yohon of Bath, Karen Cowley of Dansville and Timothy (Margaret) Cowley of OH; along with many cousins and many many nieces and nephews. Wayne’s family and friends may call Friday December 30, 2022 from 1-4pm at St. George-Forsythe Funeral Home, 109 West Naples St., Wayland. Wayne’s funeral service will be Friday December 30, 2022 at 5pm at St. Peter’s United Church of Christ in Perkinsville. Following services at St. Peter’s, there will be a reception with food and fellowship at the Perkinsville Fire Department. Contributions in memory of Wayne R. Hunt may be made to the Vincent House, 310 Second Avenue, Wayland, NY 14572 or to the Cohocton Valley Ambulance Service, PO Box 262, Cohocton, NY 14826.

Share Your Memory of
Wayne
Upload Your Memory View All Memories
Be the first to upload a memory!
Share A Memory
Send Flowers
Plant a Tree